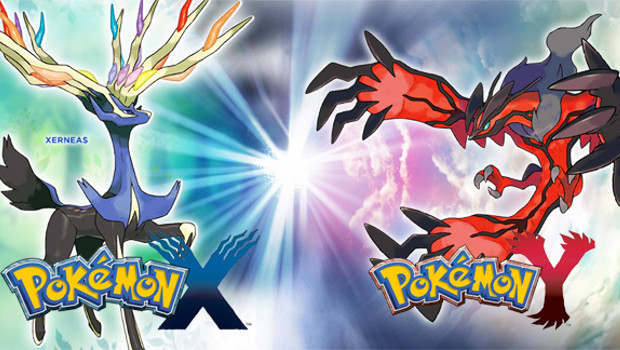 [A bit of fun for the weekend, courtesy of Dtoid community blogger UsurpMyProse. –Mr Andy Dixon]

Hey, you. It’s me — you. I know, it’s been a while since we last talked. Not since I tried to convince you that two Doritos Locos Tacos aren’t a viable dinner option, they’re a cry for help. But I wanted to discuss your latest, shall we say, approbation of funds. I am referring to the $199 you recently dropped on the special edition Pokémon X & Y 3DS XL, and the $39.99 you plan to spend on the Pokémon game that will accompany your new special edition 3DS.

What’s that? Yes, I know you got the red one. No, the pictures online don’t do it justice. Yes, those stenciled Xerneas and Yvetal really do pop up close. No, I still don’t know how to pronounce those phonetically, either. No one does. But if I may, allow me to pose to you a simple question:

What the hell were you thinking?

Look, I get it. You have an attachment to Pokémon that is not unusual for a “’90s kid” — though having the same interests as a generation that spends its time looking at GIFs of Fresh Prince of Bel Air on Buzzfeed is not an excuse for anything. But, okay, Pokémon is special to you. The series was your first videogame love. And like all first loves you return to it again and again, chasing that special feeling it once gave you, driving by its apartment late at night, and leaving it voicemails of you breathing heavily.

But seriously, what the hell were you thinking?!

You are an adult. Or at the very least, what passes for an adult these days. You are a 25-year-old grown ass man. You should be devoting time to grinding away at a faceless company, going underappreciated and underpaid, in the small hope you make enough to one day be frequently late on your mortgage payments.

You know what 25 year olds were doing when your parents were that age? They were married. They were raising their first child. They were chopping down trees and fishing with their bare hands and providing. They were not pretending to gallivant around an idyllic approximation of the French countryside, engaging in the friendliest form of animal abuse ever invented.

But perhaps the golden standard set by baby boomers is not enough to shame you. In which case let us review, point by point, why this is a terrible purchase and you are terrible person for making it.

You’ll never be The Very Best

Time to face facts, kid. You will never be The Very Best. The inspiring mantra of the Pokémon theme song has instilled you with unrealistic expectations. There are eight year olds better at these games than you, and you’ve been playing Pokémon longer than they’ve existed.

You’ll never catch ’em all, either. The latest generation promises to up the number of Pokédex entries to over 700, and time spent catching every last one is time that could be spent updating your LinkedIn profile. Nobody is going to endorse you for having all four forms of Deoxys.

And becoming the Pokémon Champion? Gaming’s greatest Sisyphean effort. No matter how many times you mop the floor with the Elite Four, you’ll only find yourself back at your parents’ house with nothing but a few measly ribbons to show for your efforts.

That’s it. It’s not like you get a cushy job as the new Champion, collecting a pay check to dash the dreams of some starry-eyed trainer once every few years. All you get is your name in the league Hall of Fame, which is as useless an honor as one of those poetry anthology scams that will include your terrible high school poems if you write out a check to the publisher for a couple hundred bucks.

If your expensive English degree taught you anything, it’s how to spot a metaphor. And what better symbol for your arrested development than your allegiance to a game that hasn’t made any significant strides forward in the last seventeen years?

Sure, like your own gradually aging visage, there have been some cosmetic changes. And just as you can no longer barrel through your increasingly complex life with boundless, childlike enthusiasm, the series has added so many hidden calculations and complications to its battle system that a Level 100 Mewtwo is no longer enough to conquer everything that stands in your way.

But at its core, the game is unchanged. You’re still tasked with collecting eight badges, stopping an easily thwarted criminal organization, and watching a severely wounded, sleeping Legendary shake its way out of 99 Ultra Balls. Similarly, you’re still clinging to your parents’ insurance, living at home, and holding on to the childish belief that writing is a financially viable occupation.

Think of all the fiscally responsible things you could have done with $238.99

The money you just dropped on your shiny new toy is money that could have been more practically invested.

For instance, $238.99 could have covered a fourth of the rent you could be paying for a one bedroom apartment you could be sharing with five other starving artists currently living the dream. $238.99 could have bought you stock options in a number of companies that may have gone whole months before filing for bankruptcy. It’s a chunk of change that could have been better spent on groceries, or nice shirts for job interviews, or on more adult distractions from your problems, like hard liquor or a Hulu Plus subscription.

You could have even used that money to get your work put in one of those poetry anthologies. I hear those things are very prestigious!

The most revolutionary new feature in Pokémon X & Y is the introduction of Mega Evolutions, a Digimon-esque bastardization of your cherished childhood memories. You’ve already written a little too extensively about how the Pokémon Y form of Mewtwo is a blatant attack on the series’ soothing commitment to the familiar, but since then we’ve further learned that the next step in Pokémon evolution is apparently everyone getting perms.

Why are you paying so much money for another reminder that everything you love is eventually replaced by newer and sleeker things that have more luxurious hair? If the franchise’s unchanging core experience is a parallel to your personal stagnation, then its biggest actual gameplay addition is a painful reminder that when things finally do change, it is rarely for the better, and only leaves you yearning for a past you can never get back.

But! Enough of me reminding you of your shortsighted financial irresponsibility. All good arguments must have counterpoints, and as a frequent attendant of the Internet, I am nothing if not open to lively debate. As much as I believe this was an irrational and hastily made purchase, I am willing to entertain your reasons behind it. Which, if I’m clear, are as follows:

Ah, yes. It was only a short time ago when the heir apparent to one of the greatest handheld consoles of all time was seen as little more than a technological boondoggle. A modern day Virtual Boy hinging on a 3D gimmick that many predicted would be best remembered for the eventual class action lawsuit filed by people who had their retinas burned out from staring at the screen for more than fifteen minutes.

Now look on its works, ye Mighty, and despair! The 3DS has steadily built itself up as a dependable moneymaker, establishing a solid library of excellent JRPGS and Nintendo classics. Fire Emblem! Animal Crossing! Shin Megami Tensei IV! Updates on both of the best Legend of Zeldas! They even introduced a cheaper 2D model that acknowledges that maybe some people like to play videogames without crippling migraines.

Okay, the new Pokémon that have been announced thus far are kind of awesome, I’ll grant you that. I mean, the designs are a purely subjective matter, but a T-rex? Seriously, it’s taken them this long to finally give us a T-rex? We got Dunsparce before we got the King of All Dinosaurs? And did you see that panda? It has a sick trench coat growing out of its body.

And swords! Freakin’ Pokémon swords! That’s plural, as in two, as in whoever it was in the Game Freak Dreamatorium that kept making Pokémon out of trash and ice cream and washing machines realized that could make Pokémon out of cool inanimate objects.

So, yes, if we’re going to label this purchase as the inner-child wish fulfillment it so clearly is, then there’s no denying that fighting people with T-rexes and swords is as “twenty-five-year-old manboy fantasy” as it gets.

Maybe that perm wisecrack was a simplification of a potentially interesting new battle mechanic. The ability to supercharge a member of your team could be a game changer, adding another layer of strategy to an already multifaceted system.

And not all of the new evolutions are completely terrible. The overarching visual motif still looks like it was to jam wispy doohickeys on the old designs like so many misplaced piñata tails, but they’ve at least done right by the Kanto starters. Mega Blastoise is a tank! Plus, Mega Garchomp now has scythes for hands and a jaw line that would make Jon Hamm jealous. And for all the jokes about hair, Mega Mawile’s Little Shop of Horrors locks make for some pretty bold nightmare fuel from such a normally tame series.

YOU CAN CHANGE YOUR OUTFIT ARE YOU KIDDING ME

Hold up. Are you telling me you can fully customize your character? I mean, like, beyond being able to name them “DJA$$ATTACK”? As in you can make it so they don’t look like a fashion reject from an interpretation of a dystopian future in an ’80s sci-fi movie?

No more stupid vests! No more cargo shorts! No more ascots! People can make female avatars without fear that their hair will look like Peggy Bundy’s head had sex with Princess Leia’s! This… this changes everything. I take it all back. You buy Pokémon X and Y! You buy Z! That updated cover letter can wait — you have adorable dresses to try on!