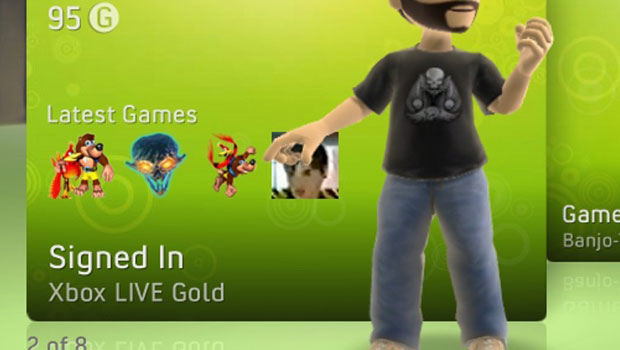 A few days ago, an eagle-eyed user on NeoGAF spotted something interesting in a screenshot of a Banjo-Tooie premium Xbox 360 theme, posted by online by Rare.

As you can see in the close up above, this particular user has been playing Banjo Kazooie: Nuts and Bolts, Death Tank, the Xbox LIVE Arcade version of Banjo-Tooie, and… wait… what’s that? Is that an icon of Joanna Dark from the Nintendo 64 version of Perfect Dark? So let’s jump to conclusions — maybe Rare is prepping an XBLA version of Perfect Dark! Hey, they recently “ported” over two Nintendo 64 games, Banjo-Kazooie and the upcoming Banjo-Tooie, right? It could happen.

But here’s what we know, based on what our sources tell us: the icon you’re seeing is for a game that’s internally called “Bean.” No, we’re not exactly sure what it is, but this is the same game that was rumored to be the (reportedly) canceled GoldenEye XBLA title. Early last year, a Web site called Xbox Evolved reported something similar on a “Bean Project,” saying that the game looks “very similar to GoldenEye, although some models, and other parts of the game are a bit different.”

We can’t verify that last bit, but we can verify with 100% certainty that the icon you see above is for something called “Bean,” and that folks at Rare were playing it as recently as November of last year. With E3 coming up, if Rare and Microsoft do have something to announce, perhaps we’ll know sooner rather than later.