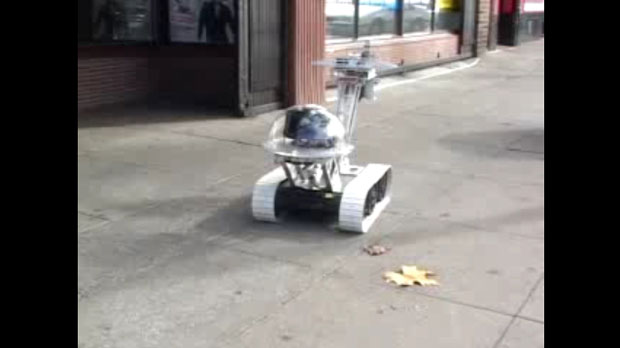 Earlier today, we reported that game designer (and freakin’ genius) Will Wright had stepped down from his position with Electronic Arts to pursue something called the “Stupid Fun Club.” OK, so what is that exactly?

According to the official Stupid Fun Club site, it’s “an entertainment development studio. The ideas developed here can be manifested in video games, online environments, storytelling media and fine home care products.” That makes some sort of sense, I suppose, even if the site — a strange, Flash-based globe that reveals even more oddities — doesn’t.

The club has been active for a number of years, and appears to be a breeding ground where engineers, scientists, programmers and other smarty-pants-types let their creativity go wild. Take these videos (posted a few years back) found on the Stupid Fun Club YouTube account for example, like the one where a robot (from the moon) solicits a Miller Light distributor for beer, or… wait, what the hell?

Hit the jump to see what we’re talking about, and be sure to check out the YouTube page for… amusing things we can’t begin to describe.

Filed under... #What the hell was that?#Will Wright