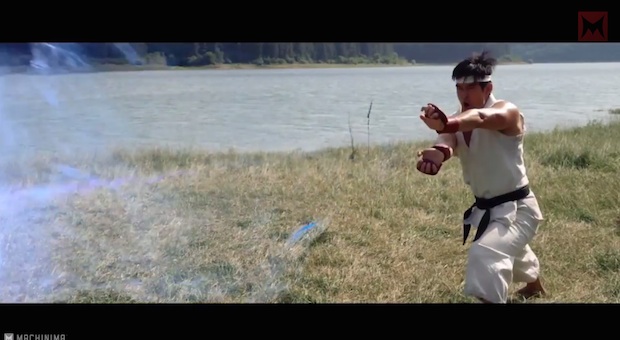 I also love videogame fan films. Watching them feels kind of like eating 3 pints of Ben and Jerry’s in one sitting. Wrong but tasty. Guilty but satisfying.

I HAVE to see this series.

Street Fighter: Assassin’s Fist officially debuts on May 23 on the main Machinima channel.

Through the coming of age story of Ken & Ryu, we are shown the backstory of some of the game’s most iconic characters, and over the course of the series we will see how the past, present, and future of all of those characters are intertwined, as the battle to become Ansatsuken Master threatens to tear apart another generation of brothers.

The live-action series, which is distributed by Content Media and presented by Honda Fit, is the brainchild of Joey Ansah (The Bourne Ultimatum, Snow White and the Huntsman). Ansah, who also stars in the series (Akuma), wrote the script with Christian Howard, who reprises his role as Ken Masters from the original fan film. The series also stars Mike Moh as Ryu, Togo Igawa (47 Ronin, Memoirs of a Geisha, The Last Samurai) as Gōtetsu, Akira Koieyama as Gōken, Gaku Space as Gōki, Mark Killeen (300: Rise of an Empire, The Dark Knight Rises) as Mr. Masters, and Hal Yamanouchi as Senzo.