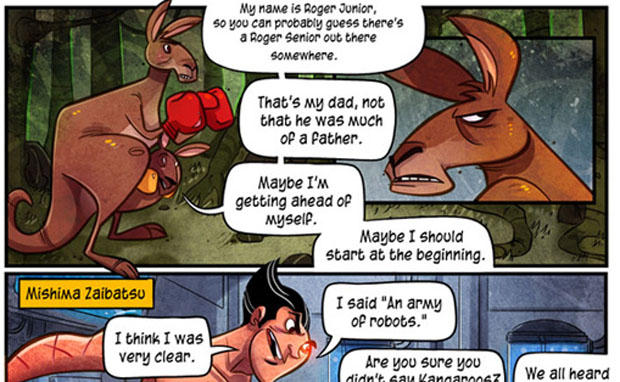 So, yeah — a Tekken 6 comic. That’s cool, I guess. It seems that Penny Arcade and Namco Bandai are playing nice together. We already got a cool cross-promotional thing out of it, and now we have a comic.

At the Tekken 6 official site, you can link to this limited comic strip. A press release tells us that the comic will be a six-part series on the past of “one of Tekken 6‘s elusive characters.” So far it’s about a kangaroo named Roger. There’s only one page right now, not counting the amazing cover where the kangaroo punches a couple of fighter jets right out of the sky. I don’t even know what’s going on anymore.