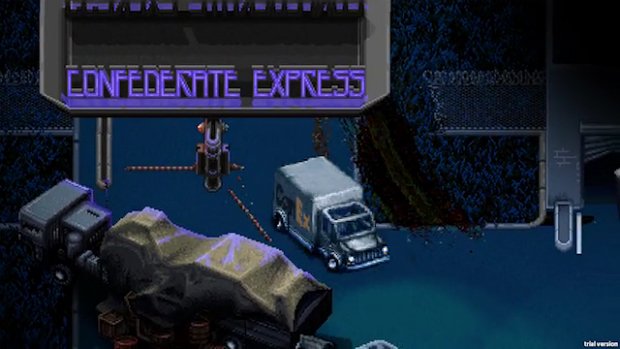 Allegedly involved in an Airbnb scam, definitely misrepresented my words

Covering Kickstarter campaigns can be tricky business. Between conflicts of interest, the nature of crowdfunding, and the potential for scams, a lot can go wrong when an outlet like Destructoid highlights a particular campaign. Some of the writers on staff refuse to cover crowdfunding projects for those reasons. I am more of an optimist, but expecting the best from everybody is one way to get burned, eventually.

When I first wrote about Confederate Express, I made a point to note my wariness on a project with so little gameplay to show, but I assumed the best of Maksym Pashanin and his brother, who appear passionate about the game in the Kickstarter video. Those assumptions might be unfounded, as the brothers are alleged to be abusing California tenant law through Airbnb to squat in a condo in Palm Springs.

Airbnb is a way for property owners to earn a little money by renting out housing for short periods, typically for vacations. Cory Tschogl rented her condo to the Pashanin brothers for 44 days, after which they refused to vacate. Since their stay exceeds 30 days, they are considered month-to-month tenants and have protections under the law.

Many of the nearly 2,400 Kickstarter backers are taking this news, along with the lack of updates and the appearance of a new game campaign listed by Pashanin’s company Kilobyte, as a sign that Confederate Express has been a scam from the beginning. Among a flurry of comments on the campaign’s page is this mocking response from Pashanin.

Confederate Express is behind its initial target release of June 2014, and in a recent backer update, Pashanin explains his side of the situation. He claims that an outside investor purchased Kilobyte and requested that focus be put on Knuckle Club before Confederate Express, but that development continues on the latter and he plans to be much more transparent about its progress during the period before its new release window of December 2014.

In an interview with Polygon, Andreas Inghe, who is listed as being in charge of Confederate Express‘s music, writes “I have had no real connection with the ‘team’ besides making one track for their game demo (and a few unreleased ones) that is up on the Kickstarter-page. I have been waiting for months for an update on when I could start making more music for them, considering that they had officially put me on the Kickstarter page. I am still waiting (have been waiting for almost a year), but I don’t know what to think anymore. It all seems a bit fishy. But I could be pleasantly suprised in the end, or not. I hope it will go as planned!”

It is a strange situation all around, and it is entirely possible that Pashanin is a truly passionate developer who has made poor business decisions and is now paying for them. However, I will say that I am irked by how the team represented my words during the campaign. Where I originally wrote, “I tend to shy away from videogame Kickstarter campaigns that don’t show much gameplay or that seem too early in development, but what little we have of the tactical RPG Confederate Express is just too good not to share,” Pashanin truncated to “Confederate Express is just too good not to share” in its promotional materials.

Quoting out of context is not a new practice, but it does seem consistent with the narrative that Pashanin manipulates the rules for his own benefit. Where the original quote displayed optimism with trepidation over an idea that showed promise but lacked substance, the shortened version implies that Confederate Express was far enough along to be playable, that I personally did play it, and that I felt it was worth sharing based upon that. Seeing where this story has gone in the meantime, I feel dirty that my own words were twisted, and that could potentially have contributed to someone backing a possibly fraudulent project.

Here’s hoping that the plan to release Confederate Express is genuine. We will be keeping our eyes on this moving forward.