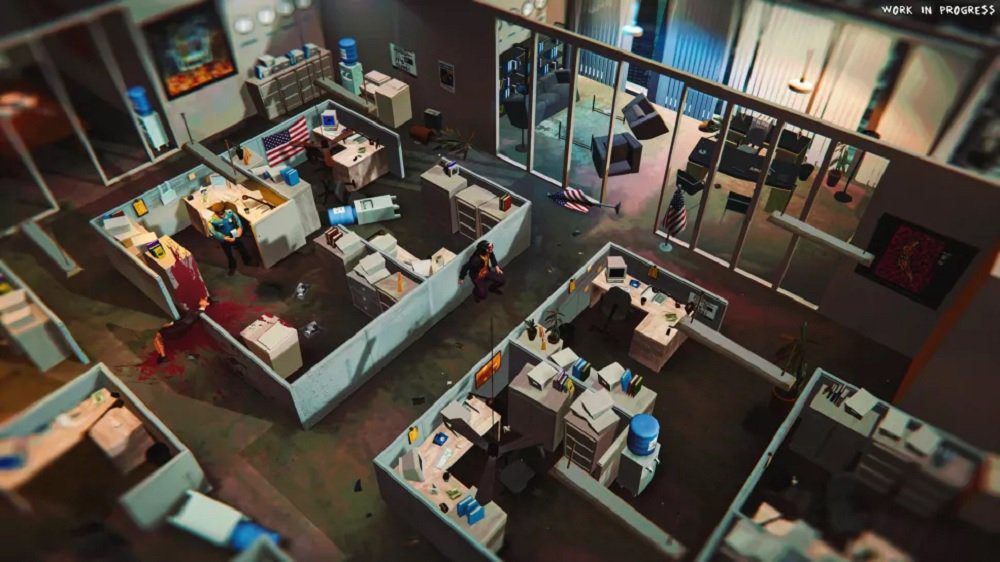 Ring in the Goo Year

Draw Distance has revealed a sequel to its 2017 murder-and-mop-’em-up Serial Cleaner. The naturally titled Serial Cleaners was revealed during yesterday’s Future Games Show and is set push your viscera-wiping abilities to the limit.

Moving on a couple of decades from the original game, Serial Cleaners is set at the tail end of the 1990s, right on the cusp of the new millennium and all of its exciting promise (Yeah, I got some bad news for y’all). Once again players will be tasked with sneaking around brutal claret-covered crime scenes, removing as much evidence as possible with the aid of a squeegee and a few bottles of Dettol.

This would be hard enough at the best of times, but unfortunately our literal “cleaners” will have to perform this task while the police are on the scene, leading to a unique combination of stealth and soap action. The new sequel will boast isometric 3D environments and offer not one, but four cleaners, each with their own individual skills and stories to tell. You’re gonna need a bigger bucket.

Serial Cleaners is currently in development for a 2021 release on PS4, PC, Xbox One and Switch.