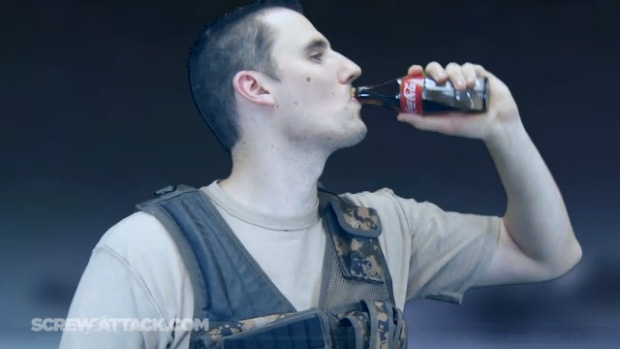 Oh? Did you not hear the news? Earlier this week, the Coca-Cola Company elected Bobby Kotick as a Director of the Company. Coke CEO Muhtar Kent believes that Kotick’s experience in the digital avenue will help grow the business. Well… that kinda came out of the blue, no?

This doesn’t mean he’s leaving Activision, however — he remains the company’s CEO. But given Kotick’s shrewd business tactics, you have to wonder how this new role will affect the development of key Activision IPs. Will we be seeing aggressive cross promotion in the future?

ScrewAttack somehow managed to grab the trailer for the newest Call of Duty before anyone else. I’ll leave it up to you to decide if Kotick is unfairly influencing the direction of the series.