Usually, when looking over my Dtoid emails, I’m content to watch the main staff do their thing. This includes controversial topics that I must later brace myself to help moderate alongside the rest of the community team, so it’s rare that I hop from one side to the other. Still, when we’re going to talk about the presentation of Hainly Abrams in Mass Effect: Andromeda, we’re talking about BioWare misrepresenting the transgender community, which I am also part of.

Now, I often hear the term “pandering” tossed about when BioWare decides to create an LGBTQ character here and there. It’s misused to the point I feel I have to pull out the Inigo Montoya meme each time I hear it. It does not mean what you think it means.

This content is not pandering to transgender players (nor has any LGBT content really been that), it’s pandering to rather dated, faulty social expectations of trans people and BioWare felt that was inclusive. It isn’t.

So there is a point early on in Mass Effect: Andromeda in which Ryder and company settle down on Eos and various crew and scientist NPCs are awakened from stasis so they can perform their duties. One such NPC is Hainly Abrams. You can view her initial meeting with Ryder below.

Dissatisfied with her life and work on Earth, Abrams signed up for the Andromeda mission to start out life in Andromeda with a clean slate. Well, that’s all the exchange should have been between two strangers, except BioWare decided to disclose her old name and thus, her transgender status, within seconds of the characters meeting each other. What might have been intended to be a positive ended up being very tone-deaf.

The problem with this is that most transgender and also intersexed people would not disclose such information so quickly due to privacy and safety concerns. Disclosure is something we have to weigh carefully. Some people do not need access to this information, but I may feel more comfortable disclosing it to others.

Does the barista at Starbucks really need to know? Does my family? The women I date? My employer? It’s all going to be taken case by case. And LGBT issues aside, everyone can relate to that on some level.

I mean, you just don’t go out to college and hand out that embarrassing Xbox Live gamertag you made in 9th grade, do you? You probably don’t want to be known as DarthButtlord69 now because you know that will be used at initiations and you will never live it down. So you pay Microsoft ten bucks to have something you relate to better now.

Disclosure for trans people is like that, but with potentially steeper consequences that could affect relationships, your employment status and even your housing situation.

Speaking for myself, I once made the mistake of trusting the wrong friend with my status. He would later use my status to blackmail me and my family in an attempt get money out of us to settle some of his gambling debts. He threatened to tell various people I knew and my employer.

And that was someone I believed I could confide in, so I’m not going to drop that information to just anyone I meet — especially since I live in North Carolina. You know, that state where politicians are now so soulless and spineless they’ll sell off the LGBTQ community’s civil rights in exchange for pretend repeals, fake compromises, and watching some underpaid college guys dribble a ball.

So disclosure is a safety concern I have to manage with anyone I meet and BioWare bricked this exchange. It’s also just unpleasant to have your past thrown back in your face. If Hainly wanted a fresh start out in Andromeda, blurting out what her name used to be would not be a priority for her.

In mainstream culture, it’s often assumed because someone discloses that they are trans that it is then acceptable to ask deeply invasive questions such as what your old name was or what is in your pants. The media shares some fault in fostering this expectation through the sensationalism of transgender lives. Ryder doesn’t exactly go there, but the writers appealed to that curiosity all the same.

Growing up, I’d see people I felt I was like reduced to their pasts and have chairs thrown at them or made a punchline to the same one reductive joke comedy writers seem to have. The message was clear: I don’t get ownership of my gender, or my past, and I’m to be mocked and met with violence for it.

It’s a big hurdle one must confront internally and sometimes openly refute daily if a trans person ever wants to escape and remain outside the closet. I own my past. I know who I am.

And that was just the media, which is now slowly walking it back in a time when state governments and special interest groups build legislation on the media’s past lies, sensationalism, and stereotypes.

So if you want to help shatter that perception of trans people, you don’t play into any of that. BioWare unfortunately did play into part of it and has since pledged to correct this part of the game after being called on it. 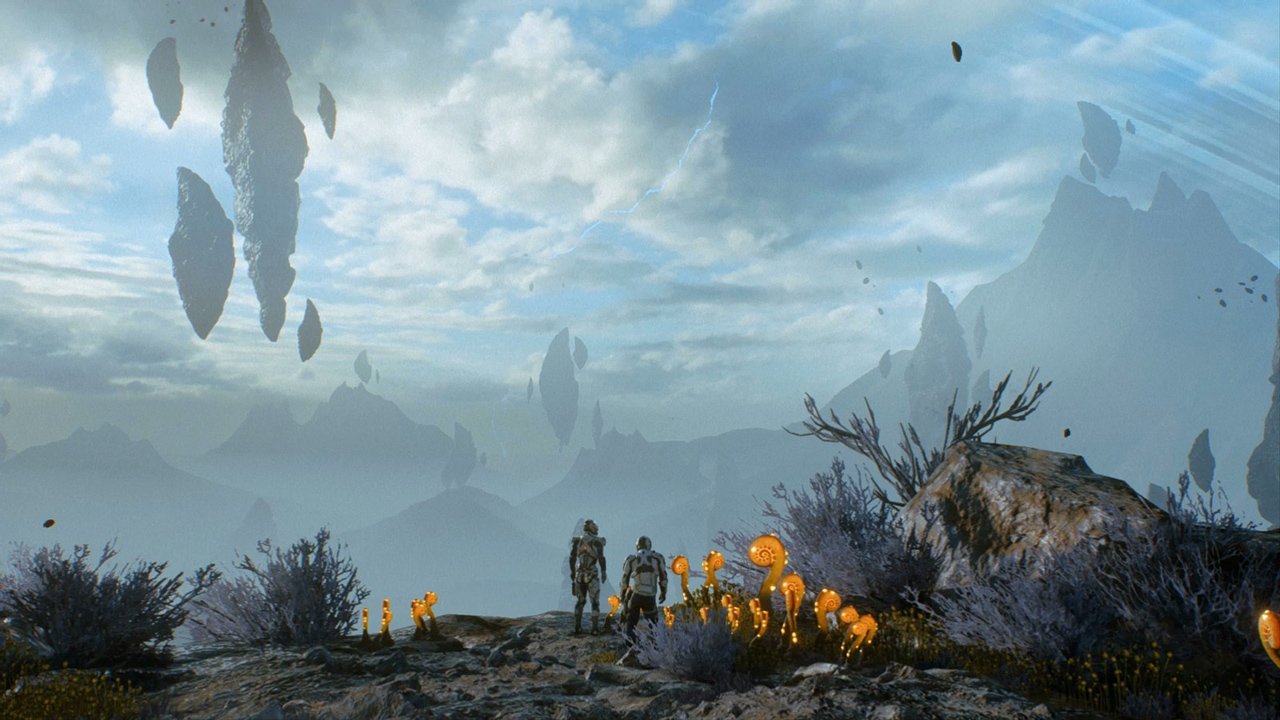 I’m just curious how it got through at all. I’ve seen a number of BioWare convention panels where the writing process on romantic interests and LGBTQ characters are discussed. The writers of Dragon Age eventually got together more often to perform peer reviews of each other’s work, a process they refined by Dragon Age: Inquisition so they could make sure what characters represented rang true and there were no gaping plot holes. If they were not sure about a facet of a character, they contacted and consulted people who had that experience. They reached out.

And through that, we got Krem, a pretty cool guy that fans took a shine to. So BioWare has done good in the past with a trans character. We’ve seen it.

If one were to assume I was offended by any of this — nah, just disappointed. It’s disappointing to see a culture of writing refined by the Dragon Age team not getting the same attention to detail with the team now handling Mass Effect.

Some might say there are “bigger problems” to solve with the game, but given BioWare built its reputation on telling stories and people dream of working there to tell stories, I’m going to politely disagree. This is of equal importance.

Plus we just saw Square Enix alter and refine confusing story elements to Chapter 13 of Final Fantasy XV, so even arguments of the sanctity of the “original vision” are out. Hell, we’re talking about Mass Effect here. ME3 had to produce new endings after fans shit the bed over the original ones.

Time will tell how well BioWare turns things around with Andromeda. I hope things go well, but my advice? Hainly probably needs a fair number of loyalty missions to disclose her status, if at all, and never owes anyone a dead name.

I’m Nia. I like root beer. I’m facinated with fairies and have been gaming for well over 30 years and still won’t shut up about it. That’s all you need to know.