I have a novel concept for you: What if a major video game releases and its multiplayer component just works? Like, there isn’t a bunch of drama and patches and updates and apologies; instead, you get to play the game immediately with other people and it’s all problem-free.

That’s what Gears of War Ultimate Edition‘s multiplayer is like. On day one, everything works just fine. It takes a few moments to join a lobby and then they quickly fill up with players (there’s only a maximum of eight able to play). The longest part of the process is getting everyone loaded into the match, and even that seems rather standard.

Those scant seconds in the lobby are a nice reminder how many people’s Gamertags are poorly-thought-out euphemisms for butt sex. When you don’t indulge much in multiplayer anymore, you forget how many amazing (read: awful) folks are hanging out here. Also, my shotgun is “tree frog” green because the review code was for the deluxe version of the game, which means I have a lot of weapon skins that make me very unstealthy. Also also, the color of my Lancer doesn’t matter because Gears of War Ultimate Edition is still Gnashers of War online. 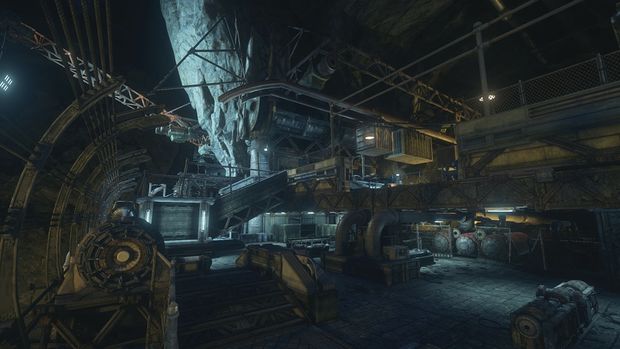 Between last night and this afternoon, I have a fair sample size of matches under my belt. I’m maybe one percent of the way toward the “Seriously…” Achievement, which doesn’t sound like much, but it is. The only issue I’ve encountered was about five seconds of lag at the beginning of one match. Otherwise, everything’s been silky smooth.

There’s one non-performance issue that I have a problem with, however. The War Journal offers multiplayer statistics, but not on how close you are to earning the different Achievements. (If I’m not mistaken, this is a feature that Gears of War 3 implemented quite nicely.) Likewise, Xbox One’s “snap an app” feature doesn’t track that progress either. The sole indicator is a counter that pops up after a match in which you’ve hit a milestone toward that Achievement. Hopefully a fix is coming for that.

That one insignificant complaint aside, this game holds up its end of the bargain with regard to multiplayer. After the Halo: The Master Chief Collection snafu (that may still be on-going to some degree), it was important for Microsoft to emphatically stick the landing on this one. Fortunately, it lives up to the excellent standard set by the rest of Gears of War Ultimate Edition.

Filed under... #Gears of War#Impressions#multiplayer#Notable