[A lot of us have been in a very Pokémon mood lately. But are we being blinded by nostalgia and cute critters? Voltech wrote an Aerial Ace blog on the matter, go read it with ExtremeSpeed. ~ Shade]

Not to start this off with a tangent, but I have to ask a question: which theme song from the Pokémon anime is your favorite?

I know that – by virtue of being the first of the bunch – the original theme is undoubtedly the most popular, and holds a special place in the hearts of gamers the world over. (Voltech protip: look up Powerglove’s take on the song for a metal delight.) But I think it’s important to at least give the other songs their fair shake, especially with so many songs collected over the years. Compilations are fully available on YouTube, and I listened to one a while back. Some are good. Some are…less good. But you know what? My favorite of the bunch is the Galactic Battle theme – which is weird, because I haven’t seen a single episode of that season. I don’t even know what season the show’s on right now. Twenty would be my best guess.

The takeaway here is that the sheer number of songs codifies the franchise’s enduring legacy. You know you’ve made it big when a compilation of theme songs creeps past the thirty-minute mark – and while there’s no guarantee that everyone will like everything you do, at least you’ve put something out, right? There’ll always be people that buy in wholesale, no matter when they decide to do so. We should celebrate that; newcomers, veterans, and everything in between can come together and enjoy something magical.

And now that that thinly-veiled argument against the “genwunner” mentality is out of the way, let’s press on with gusto. And lots of fancy balls. 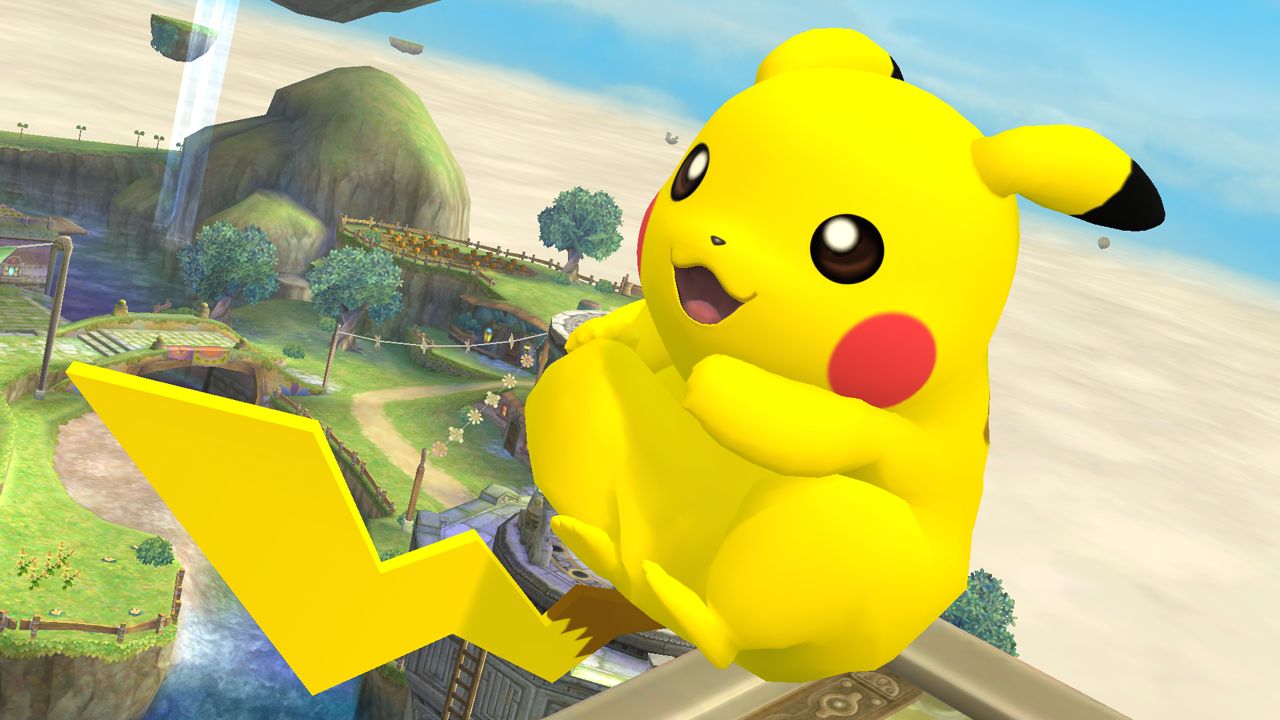 I’ll be the first to admit that the impetus for this post isn’t necessarily the upcoming Pokémon Sun and Moon, as valid as those two games may be by virtue of the news drip-fed to us. No, I’ve been thinking a fair bit about Pokkén Tournament recently. So have others, apparently. I don’t think anybody would’ve ever seen that game coming before its reveal, but damned if it’s not appreciable. Not to devalue the mainline games’ signature turn-based style, but the idea of going ham while directly controlling sick monsters like Blaziken gives me a case of the vapors.

Maybe that’s because of my ‘unique circumstances.’ Obviously, I’m a fan of the franchise. But to be honest, I’ve owned just one of the main installments – so despite knowing about the games, my purest jumping-in point was Pokémon Black. Yep. I don’t know how it stacks up overall to the other games (I know virtually nothing about Diamond/Pearl and Generation IV at large), but you know what? I had plenty of fun with Black. I got into the series late – the DS was my very first handheld system, after all – but I enjoyed my time with the game.

The problem was that I enjoyed it too much. 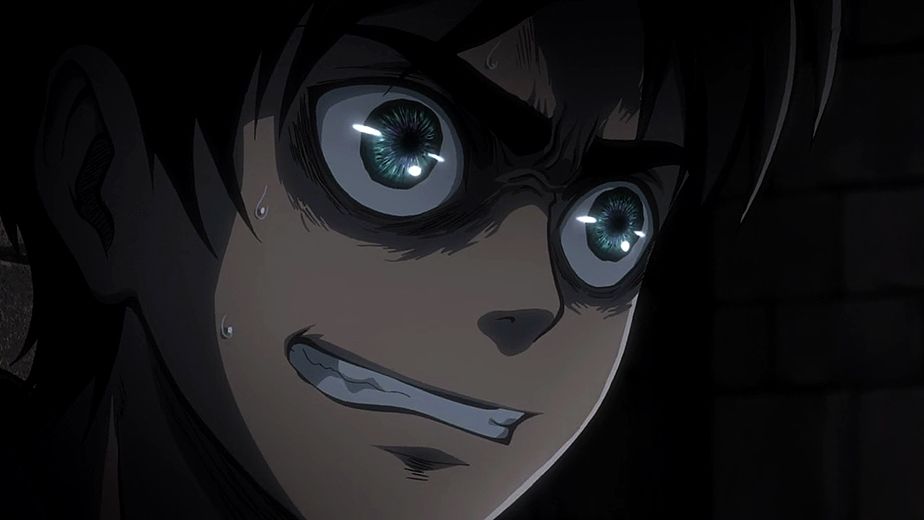 If what my mom once said is right, then my family has a history of/penchant for addiction. I can believe that, especially in lieu of my time with Pokémon Black. I was not ready for its sheer breadth; I did my best to build the ultimate team, spearheaded by my Samurott, OG. I spent a huge amount of time leveling and evolving as many ‘mons as I could, including grinding the crap out of a Boldore to see what its final form looked like…unaware of the fact that it only evolves after trading. The staggering number of options overwhelmed me, and the nuances could have devoured me like a giant serpent if they wanted to. I took on Cynthia’s Garchomp, and learned firsthand just why it has the reputation it does. Eight badges gained, Team Plasma thwarted, and the champion title firmly in hand; over the course of 88 in-game hours (likely more, thanks to me rage-quitting at times), I did as much as I could and constantly wanted to do more.

Little wonder, then, that I was practically one with my DS for a good while. I was falling asleep with the thing in my hands – mid-battle, no less – and waking up with the thing in my hands. That was well before I even started going up against other real-world players. But incidentally, I never did; that’s a deep, dark hole, and I decided that I had to trade in the game before those pocket monsters led to me withering into a skeleton. Well, into more of a skeleton, anyway. 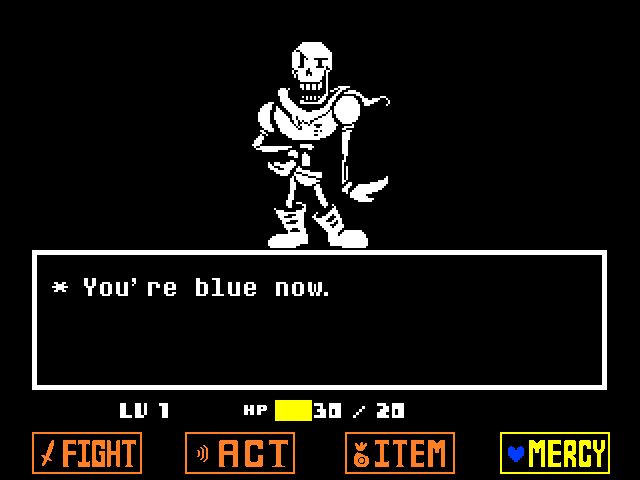 I know that there have been complaints that Nintendo and Game Freak have been selling the same game over the past twenty or so years. But since this is Nintendo we’re talking about, the house of Mario can usually get away with it because the formula works. (Plus, there’s typically a big gap between one release and the next – which makes the inevitable reunion a bit sweeter each time.) Pokémon’s one of the last bastions of turn-based combat. True, the spinoff games have taken the franchise to some different gameplay dimensions, but when it comes to the core releases? It’s fairly familiar.

It’s likely one of those cases of ‘easy to learn, hard to master’ when it comes to the system, especially if you get in deep with the intricacies of Poké-optimization and Poké-eugenics. Type advantages can form a big part of strategies and team composition, but they stand in addition to resource management, offense, defense, and proper timing. I remember using my Galvantula for some sneaky hit-and-run tactics, arming my Samurott with Ice Beam to help deal with Dragon types – in case my Beartic bit it – and I got a shocking amount of mileage out of my Sawsbuck’s life-sucking, healing abilities. Who knew a deer could make such a strong defensive wall? Is there something you’re not telling us, Bambi? 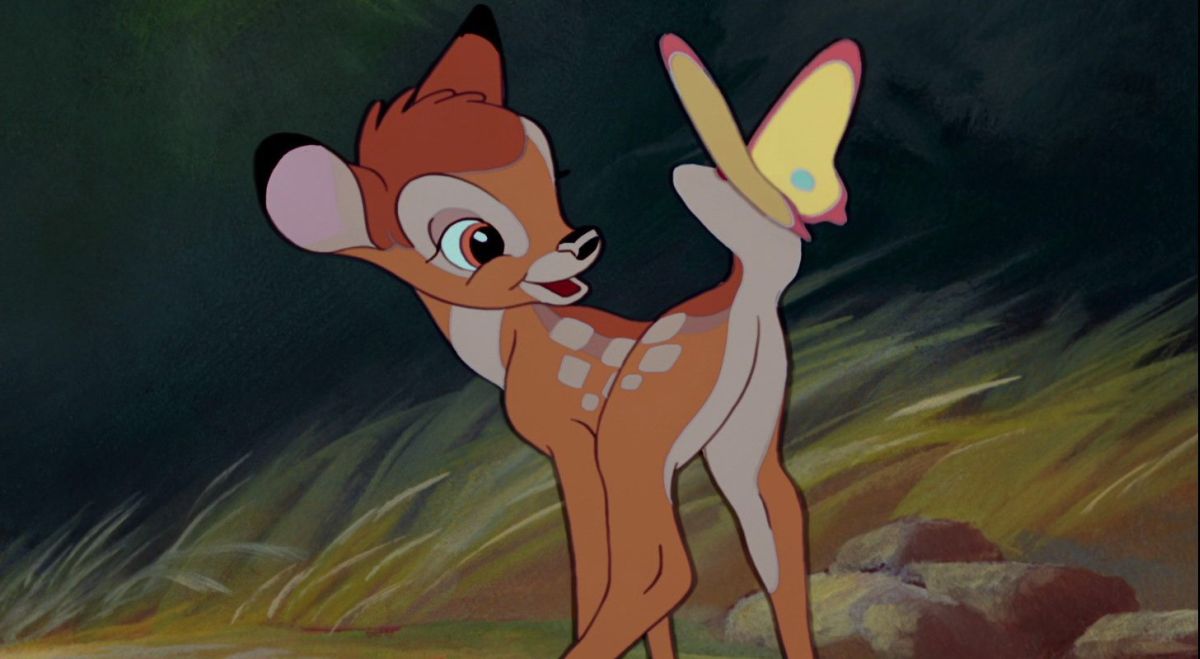 I think I was lucky to get my official start with the series via Black. It may have shown up on the DS, but the region of Unova was one I found well-realized – lots of cool areas with some neat visuals despite the handheld’s limitations. (I’m pretty fond of the Ferris wheel scenes.) With that said, I think that there’s a personal appeal Pokémon offers me: I find the world interesting, and strangely appealing. That’s kind of a given when you’re dealing with a franchise that regularly goes “Oh yeah, there’s another continent out there. Go explore it, you idiot!” Because geography is for suckers.

In any case, there was a short interview in the back of a Game Informer issue that brought in one of the franchise’s major figureheads. In that interview, he mentioned his take on the Pokémon universe – and in a lot of ways, it was meant to be something like a utopia. The jury’s still out on how effective of a utopia they built – the sheer level of twee on the world’s surface might be poison to some – but it’s hard to deny that there’s a lot to go starry-eyed over. Clean towns, sprawling cities, incredible technology, and a society with a generally-sunny disposition…and a penchant for sending ten-year-olds into the world to fend for themselves. Then again, it says a lot when parents are certain enough about global safety that they’re able to commit to a ritualized exodus of innocent children. 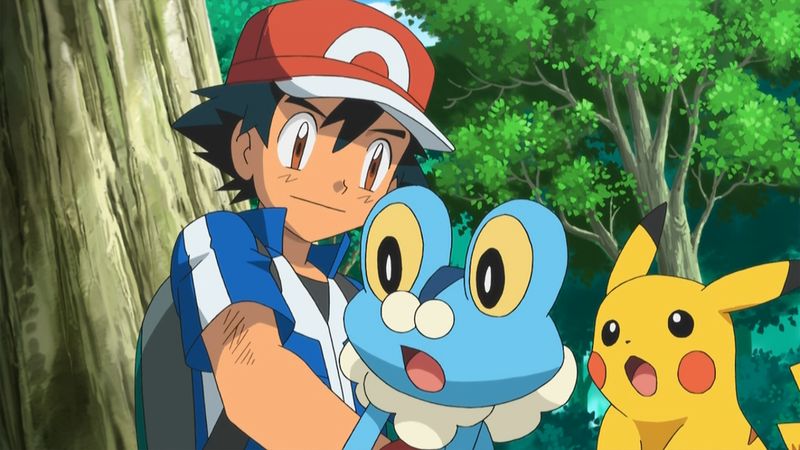 I won’t deny that there are probably some grisly aspects of the Pokémon world (there are basically gods walking among them, so that could beget religious zealots and/or catastrophes raining down on a whim). But you know what? In some ways, the franchise offers a respite. Plenty of games have gone down the grim, gritty, and grisly route; some of them have done so successfully, while others…haven’t. Either way, Pokémon is proof that not every game needs to be gritty to win over an audience – especially an inclusive audience.

Not to play the ‘think of the children’ card, but sometimes I can’t help but wonder if the gaming medium in its current state is always welcoming to everyone. You can probably answer that for yourself, because there are a crapload of legitimate debates raging right now. But regardless, I feel like having more Pokémon is always going to be better than having less; it’s a pleasant world that puts a huge emphasis on cooperation, self-improvement, and the pursuit of goals. That’s accomplished with something close to fantastic monkey knife fights, but still. If I had a kid, I’d rather they bonded with their favorite monster instead of their favorite gun.

But that brings me to what might be the clincher for the whole franchise. 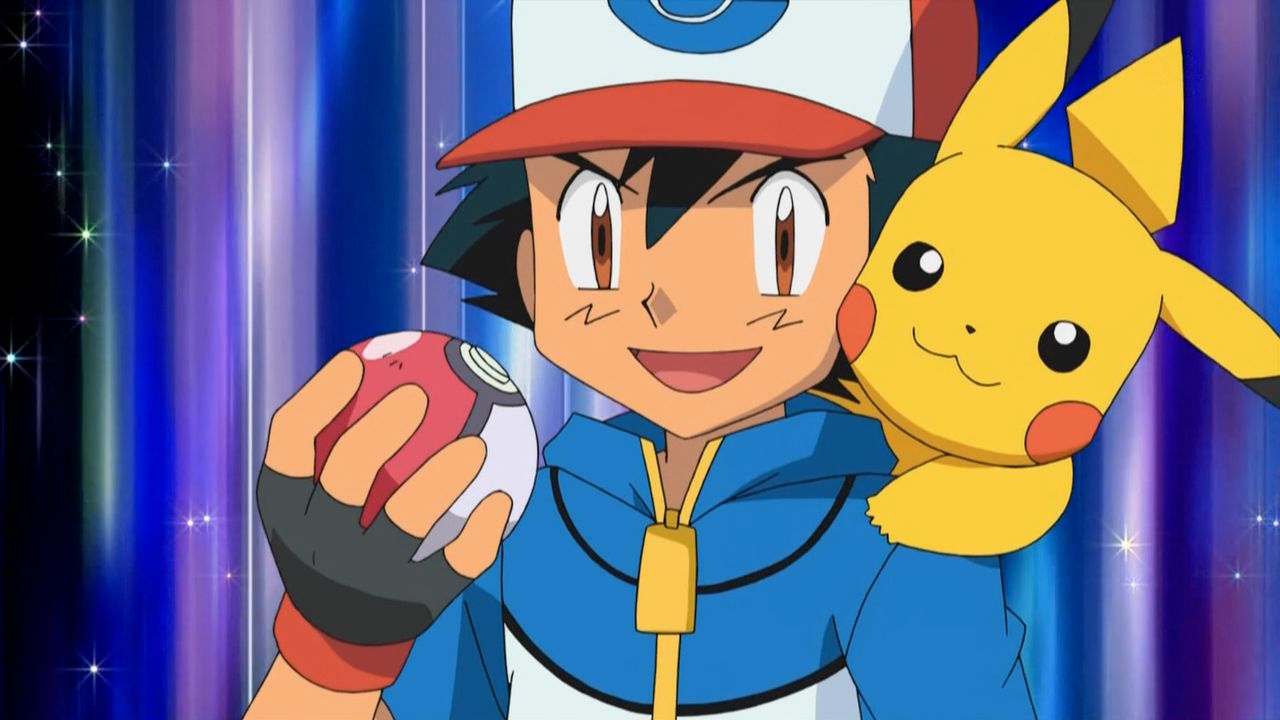 The franchise is creeping closer and closer to the 1000-Pokémon mark. That’s a lot of critters, large and small, to keep track of. And yeah, I know a lot of people have had a laugh at some of the more recent designs’ expense; one of my major players was a living(ish) chandelier, after all. Not every monster is a winner, but not all of them need to be. Pokémon keeps marching forward, providing newcomers and veterans alike with a fresh start and a chance to befriend a whole new cast of creatures. Even if they’re not real, they’re an extension of the player – pixels and polygons that become real, and gain meaning, because you’re going on a journey with them.

In a lot of ways, Pokémon hasn’t changed that much over the years. But it’s compensated for by an overarching theme: evolution. Your team gets stronger, and you get stronger in kind. You change into someone else each time you boot up the game, and change even more as you progress through Routes, Gyms, and countless battles. The symbol of that evolution is the bond you form with your team; you may start off with a bobblehead of a starter, but the road to the championship will turn you both into hardened warriors – fighters better than you would’ve ever thought possible. There’s a real sense of romance that’s hard to overlook – and even if you do, you’re still engaging with a game on a deep level, custom-made to fit your preferences.

But that’s a pretty roundabout way of saying “There are some sick-ass ‘mons in this game, and that’s awesome.” 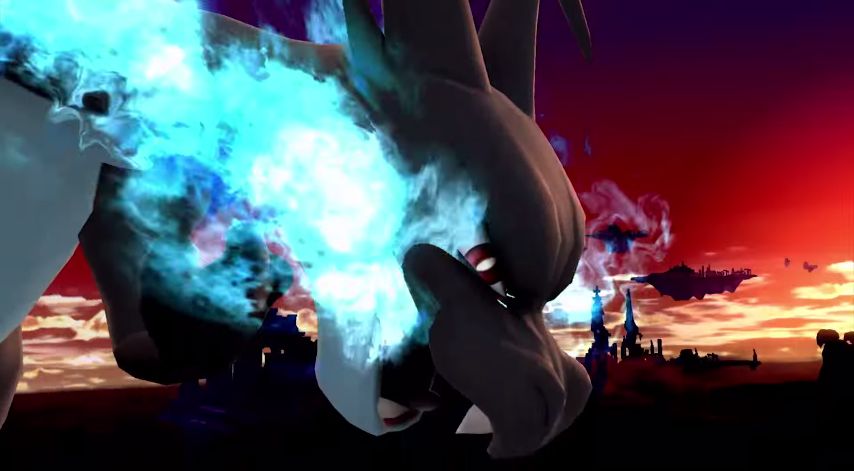 So yeah. Technically, I don’t have the deepest bond with Pokémon – which arguably makes me a poser – but I still have some incredible respect and deep love for it. I know there are people out there that love it way more than I do. I respect that, too. I watched the live-action video for Pokémon GO when it was released, and I couldn’t make it through without a big dumb smile on my face. Maybe in the future, that will be the level of fidelity and freedom the franchise will reach. Until then? I think the games are doing pretty well for the time being. And if Sun and Moon are any indication, the adventure’s going to continue for a good while.

Although I will contend a certain point: if Nintendo released a mainline game (or something close to it) on a console with the breadth of a Xenoblade game and online functionality just below an MMO, it would win more than just the console wars. It would win reality itself. 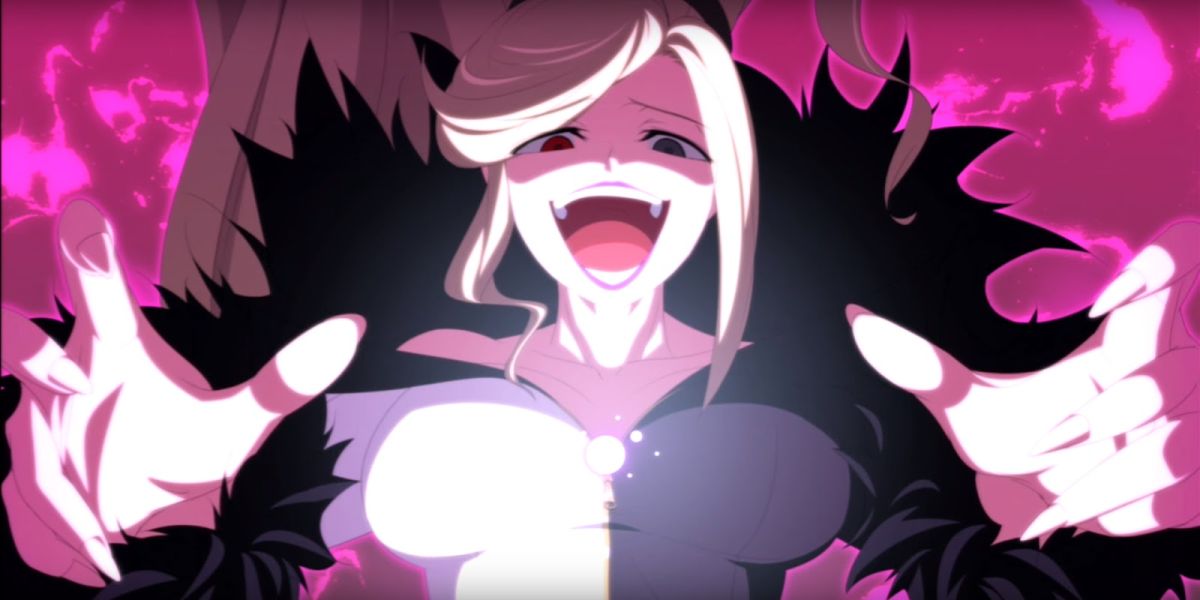 But that’s all in my opinion. What’s yours? Like Pokémon? Hate it? What do you want next from the series? Anything you want dropped? What’s your favorite pocket monster of the whole bunch? Feel free to weigh in at your leisure. I’m all ears – though I should preface that with a confession.

I’m seriously not a fan of Dragon-types. Too many bad experiences. But now I can’t help but laugh, knowing that the games got an entirely new type almost specifically to counter them. Fairies for the win, it seems.