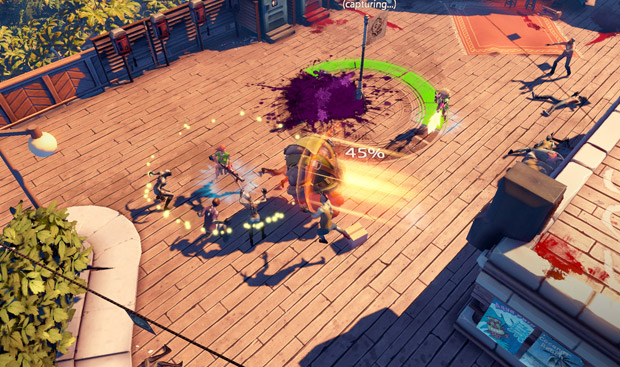 In Dead Island: Epidemic — which is inexplicably a MOBA, if you missed the news — three teams of four players each have to fend off zombies while also worrying about one another.

And instead of base destruction being the win condition, it’s all about capturing control points and completing other “dynamic gameplay objectives” like killing specific targets, some of which are said to require cooperation between the teams. Since this is Dead Island, there’s an extensive crafting system in here as well. That aspect sounds like a decent-enough fit.

I’m glad that this isn’t a cookie-cutter MOBA but, at the same time, there’s an established formula for a reason. Epidemic sounds weird and not in an especially good way.