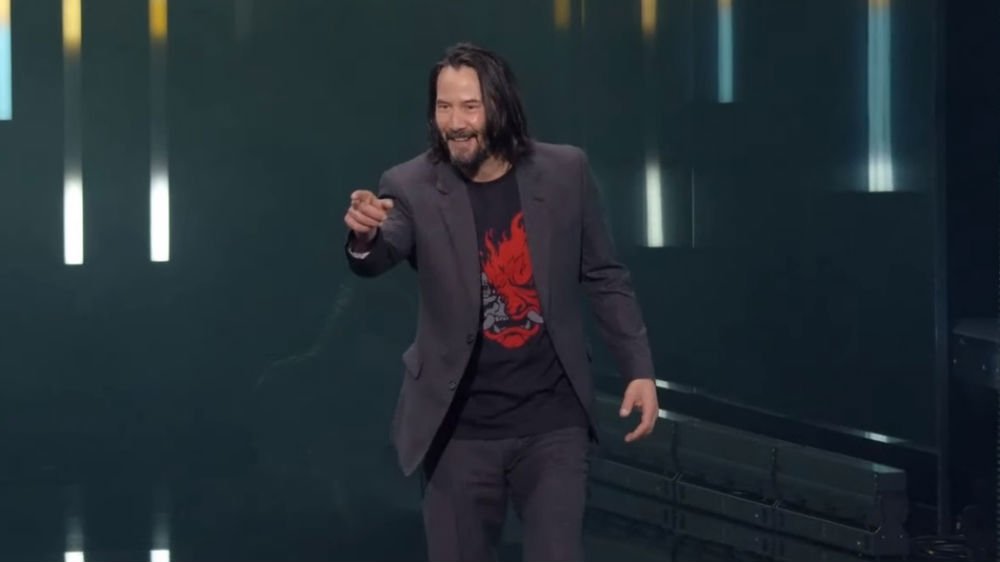 We have Square Enix and Nintendo to go

Keanu Reeves: you are John Wick. You’re also the best thing about E3 this year.

It’s been a tepid E3 so far. I’m not saying that, you are, readers. Let’s Pokemon go to the polls!

See, tepid E3. You can find full recaps of EA Play, Microsoft, Bethesda, E3VR, the PC Gaming Show, and Ubisoft at these aforementioned links and judge or vote for yourself for the final tally following Nintendo’s Direct.

Keanu Reeves stole the spotlight. Part of the reason the Microsoft conference has the least amount of “hate” ratings is because that beautiful bastard owned the stage during his Cyberpunk 2077 reveal, calling the audience “breathtaking.” The guy he interacted with even won a copy of Cyberpunk! Wholesome as hell. Elden Ring and Phantasy Star Online 2, my two favorite announcements thus far, were also both in Microsoft’s event.