It’s a shame, because the game’s core is fantastic

Bloodstained is a great game, but its developmental process will go down in history alongside of Mighty No. 9 as an example of what not to do when managing a Kickstarting a project (admittedly, less intensely, as Mighty No. 9 was a complete disaster of a campaign up to the bitter end).

Amid numerous delays, communication issues, bug fixes and a rush to get an unfinished port to market, Bloodstained didn’t have a great pre-launch period. It isn’t having the best post-launch time either. 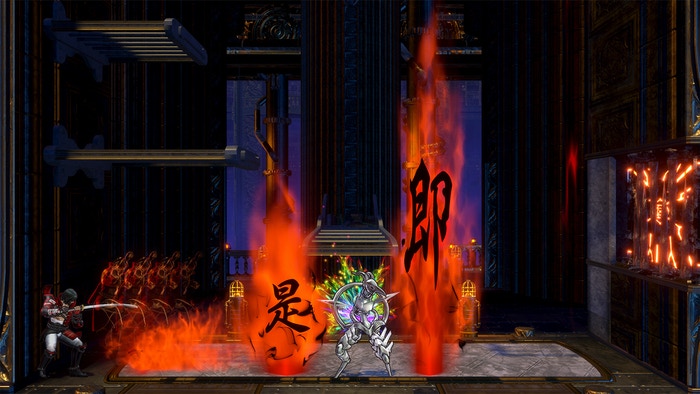 Support for Bloodstained has been absolutely all over the place.

I get that developmental resources might not have been abundant for lead studio ArtPlay, but laying out plans to fix the Switch version after it launched as a broken mess, then changing those plans completely weeks later wasn’t a great look. In the past year (we’re just one month away from the first anniversary), Kickstarter Backpack DLC was delayed on individual platforms, there was no version parity for months, the Xbox One edition had a weird HDR bug that made the game look worse and all sorts of weird issues (in one case, gamebreaking) sprung up for any given edition.

A lot of that is ironed out, but the damage was done. Much of ArtPlay’s resources were devoted to plugging up the Switch edition as best they could; but now we’re getting actual new content this week in the form of a playable Zangetsu and a randomizer mode. Just like the aforementioned communication efforts, part of it feels rushed and half-measured. 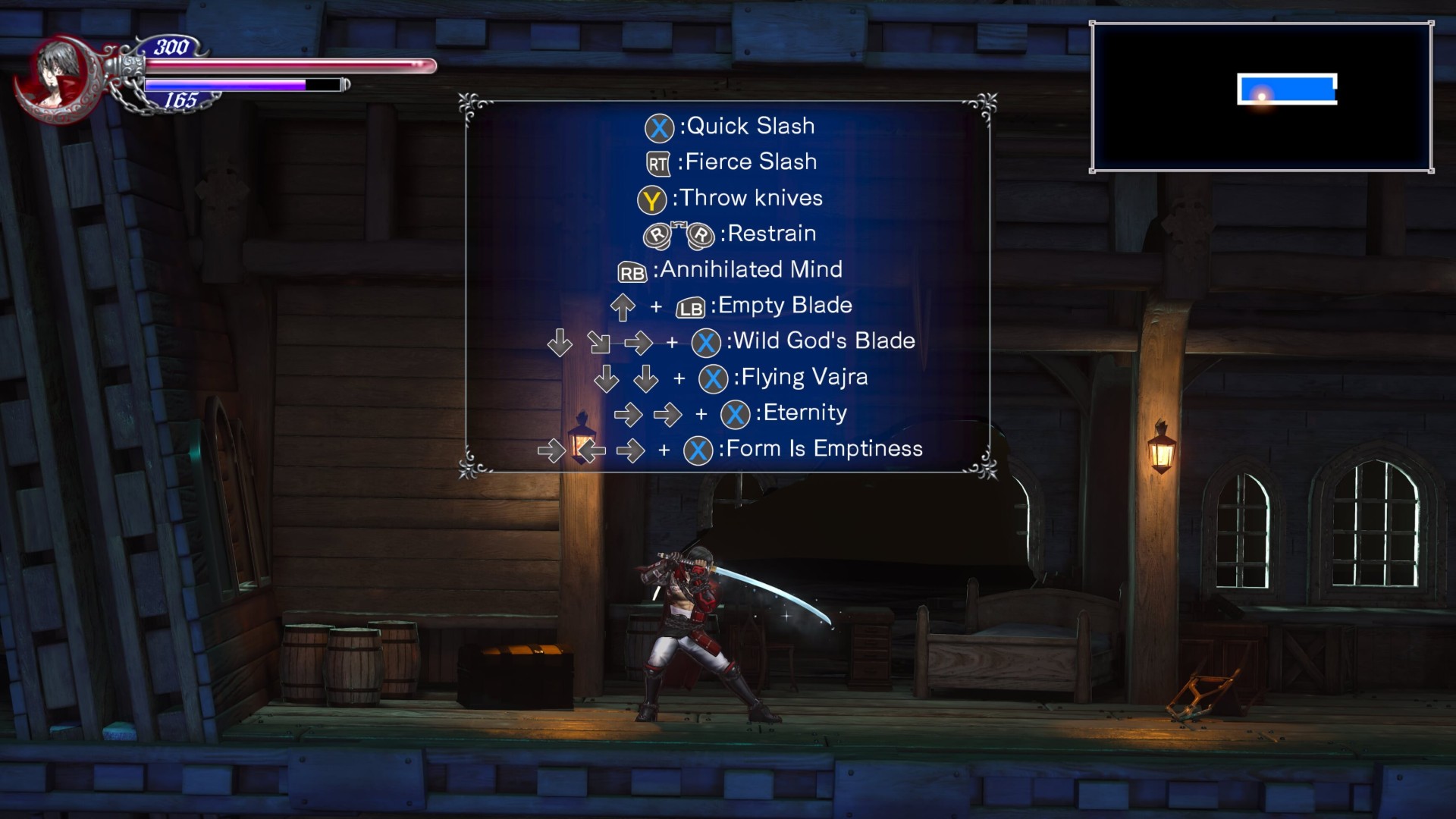 Zangetsu, voiced by David Hayter, was a fan favorite of many Bloodstained players. He offered what is arguably one of the more memorable boss fights in the game, tasking players with picking up the basics of locomotion and restrained combat if they hadn’t already. He returns this week in the form of a second playable character, akin to the “Richter Mode” in Symphony of the Night. To access him, you’ll need to beat the “True Ending,” so go ahead and do that now if you were expecting to dive in at the zero hour.

On paper, Zengetsu is fine. His moveset (which you can view above in full) is vastly different from previous protagonist Miriam’s, and I think ArtPlay succeeded in giving us a “more action-oriented playstyle” to zip through the castle. He doesn’t have to worry about laboriously attaching spells or acquiring them: instead he just rips and tears (and slices) everything in his path. He doesn’t have to worry about anything actually, as it’s all unlocked at the start: no keys needed, with the blood pool pre-drained, with high-jumps by default to sequence break to your heart’s content. He’s a ton of fun to play, notably because Bloodstained, as a whole, rules.

But where the seams start to come apart is how he’s actually implemented in such an underwhelming manner. Zangetsu has no new dialogue, which feels like a waste of Hayter’s talents. He has no cutscenes; nothing tethering him to the story. He has no real excuse for being there, and there’s zero sense of immersion when playing as him. A boss fight mirror with himself could have been a cool opportunity to expand the lore, but it kind of just happens. This is forgivable, as past Castlevania entries have flirted with this approach.

But because things can’t ever be simple with this game, players have encountered a bug where, upon booting it up even after having completed the true ending, they don’t have access to the new content. Right now the official fix is “beat the last boss again,” but if you don’t have a save file right before it because you overwrote it with the New Game+ save: tough. Some veterans might relish the challenge at speedrunning again, others might not even bother. Luckily I keep a 100% file right near the end to mess around with (and literally just in case there’s some weird requirement for accessing anything). 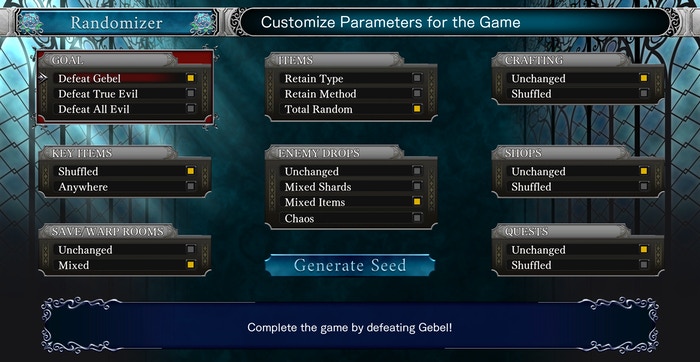 The randomizer is a bit more justified. There’s no pretense of a narrative here: you just select random knobs and buttons and have at another entropic playthrough where everything is scattered at your whim. While it’s not nearly as enticing as the “random dungeon” mode that would have completely changed everything, the castle itself is very well designed and the randomizer slots in nicely. If you haven’t played it in a while, this is the way to do it.

Said knobs include things like swapping save rooms, moving around key items, changing the ultimate goal, randomizing items: the whole shebang. Once you feel like you’ve created the perfect dungeon (well, co-created, given the limitations), you can share it via a “seed” (like many other randomizer tools offer in the modern era). That’s pretty much all there is to it. It’s neat. Limited and not as grand in scale as the original Kickstarter goal, but neat.

I still stand by the fact that Bloodstained, for all its behind the scenes flaws and bugs, is one of the best Metroidvanias in years. But as this DLC drop shows, it could have been so much more. It is free for everyone, though! That’s a huge plus.