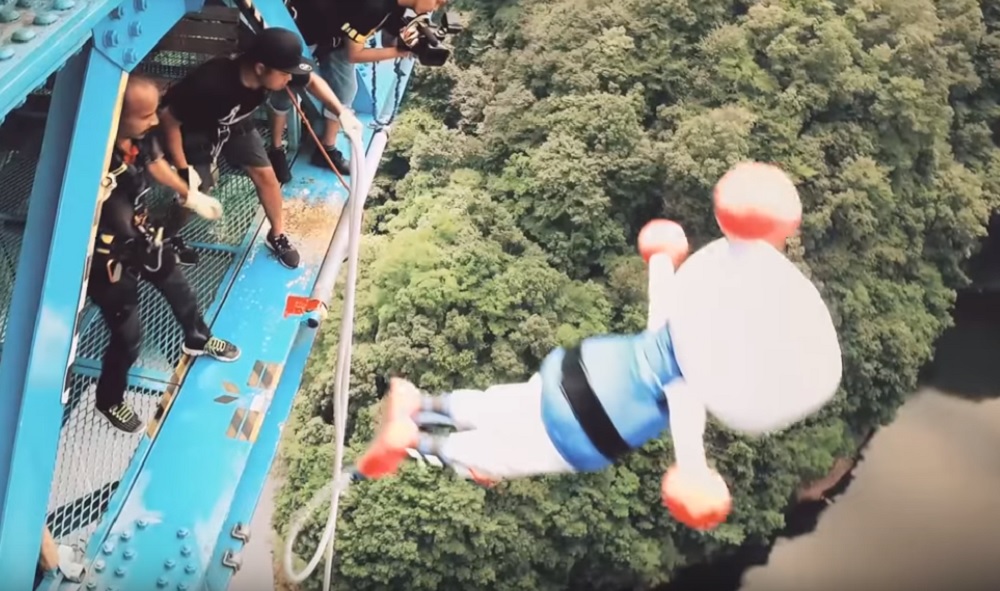 Konami’s madcap multiplayer title Super Bomberman R has passed a total of one million sales across all formats. Bomberman himself decided to celebrate this milestone in style, by bungee-jumping off of a bridge in Japan.

In the novel PR stunt, yer boy Bomberman bravely made the leap of faith, saved only by a length of elastic. Despite his enormous head, the jump went without a hitch. Fortunately  for us, Konami captured the event on video, which you can check out below.

Super Bomberman R, which is available now on PS4, Xbox One, PC and Nintendo Switch, features classic Bomberman action, along with the colourful characters and fast-paced multiplayer gameplay that has helped maintain the series’ popularity for 35 years.