Batman: Arkham Asylum and Batman: Arkham City are two games that are still easy to find and both came out during Obama’s presidency, which is to say they’re not particularly old. And the end of the trilogy, Arkham Knight, came out a year ago.

All of this is to say that Batman: Return to Arkham — which doesn’t even include the panned Arkham Origins — is a weird HD remaster. There are only two games, both relatively new, and it’s not even meant as a primer for an upcoming release. While I am generally pro-re-release (particularly for older games that can be challenging to find), the pair are also being brought over to Unreal 4, rather than use the modified Unreal 3 engine both ran in. This means that the “remaster” tag is being accurately applied.

But it, uh, doesn’t necessarily look better? I’m not against certain pops of color — like the Joker’s much brighter suit — except that it all kind of works against the general and unifying look of the series. Yes, things are clearer in some instances, but in that very uncanny Unreal way that the first two games really massaged away. And then in some shots, the remastered version looks warmer and fuzzier and the Joker is missing a few front teeth and what the fuck is up with that Hugo Strange scene?

You might want to consider this cherry-picking as it pits the PS4/Xbox One remaster against the PC original on the highest settings, so console-only players might indeed be getting a better-looking game this time around. On the other hand, why is there even a debate whether you’ve managed to make your seven year old game look better or not? 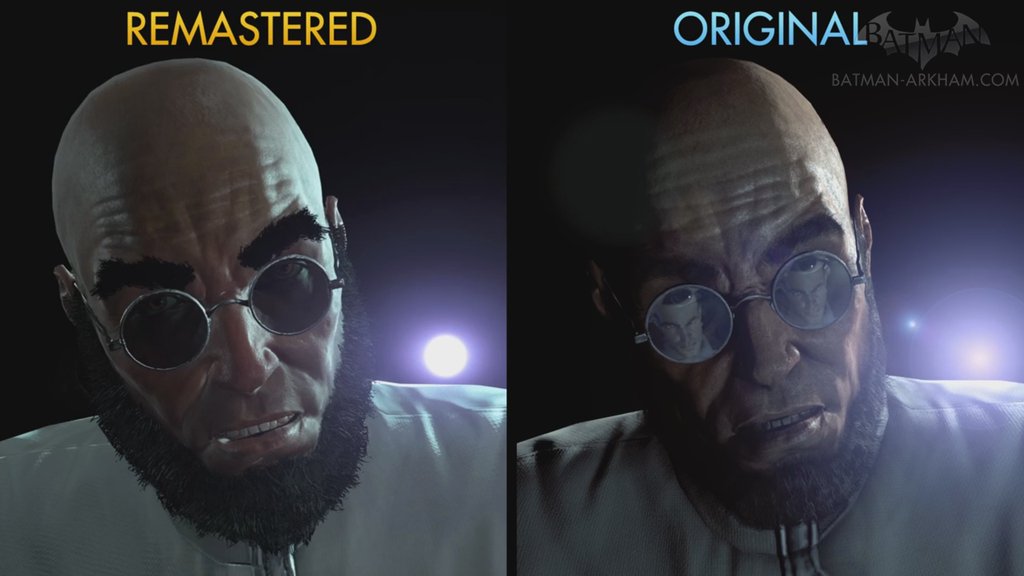