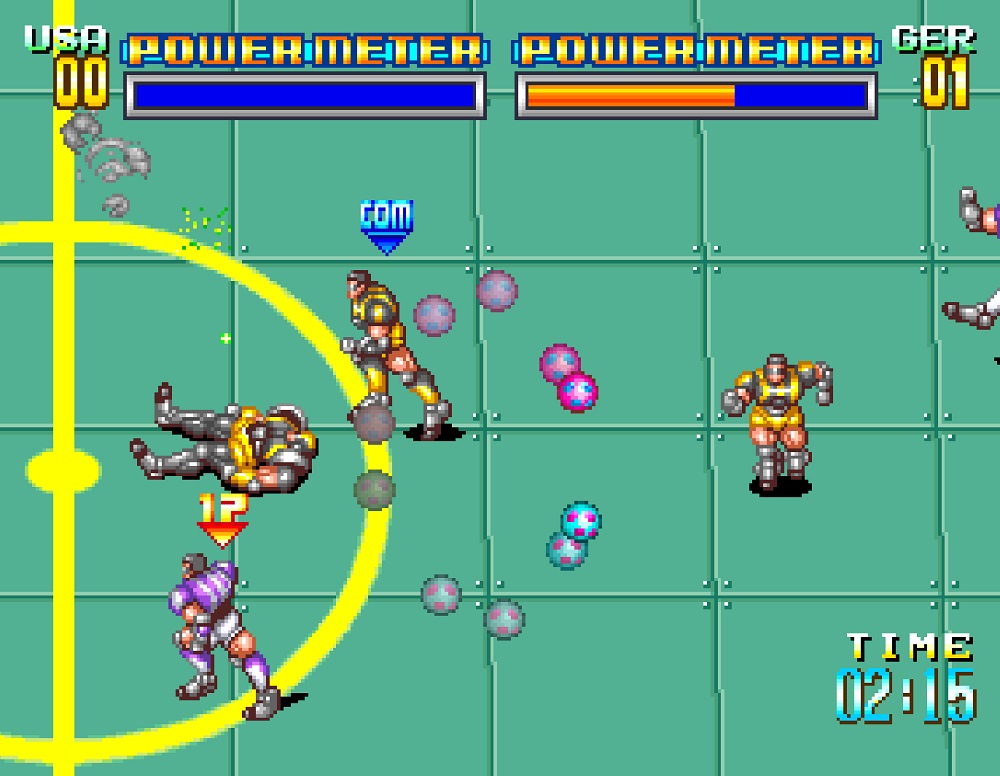 So… when exactly are we getting all these ‘cyber sports’?

Today sees HAMSTER dust off another classic SNK arcade to join the expanding ACA Neo Geo range. Gamers can once again indulge in a round or two of future football with Soccer Brawl, which has been re-released for modern platforms.

Originally launched in the arcade way back 1992, Soccer Brawl was yet another “What would this sport be like in 20xx?” title, which was a popular concept for the Neo Geo catalogue, which also included games such as Super Baseball 2020 and Windjammers.

Eight teams from around the globe contest the (not-so) beautiful game in a series of seven-a-side matches, with the cybernetically-enhanced players armed with stupendous “Power shots” and a pretty lax approach to sporting conduct.

Soccer Brawl is available now for PS4, Xbox One and Nintendo Switch, priced at $7