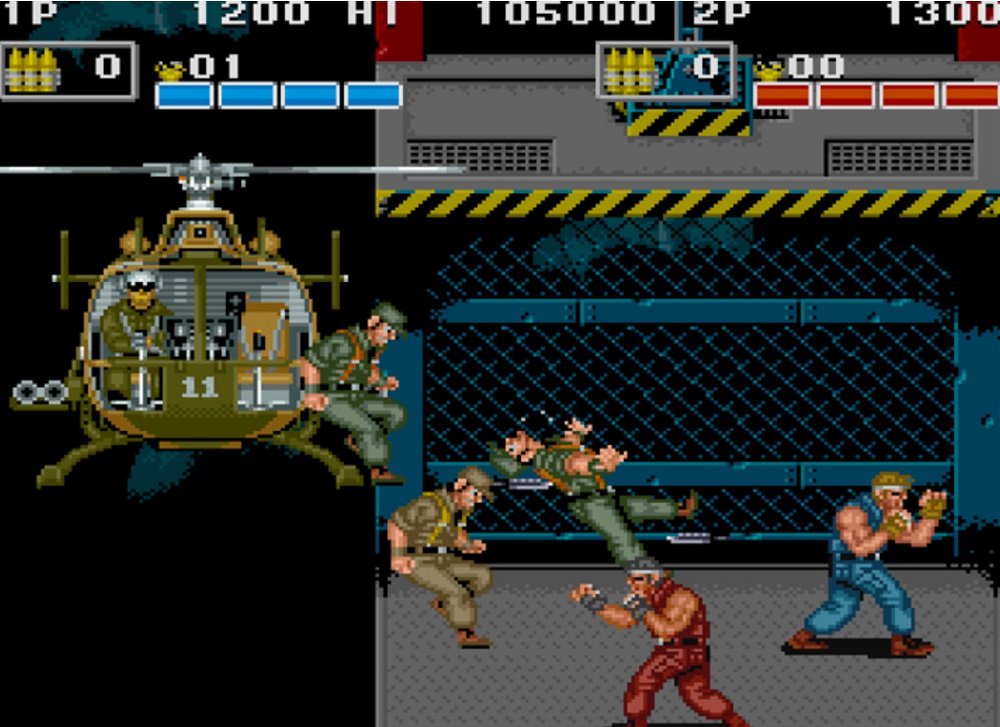 Get your brawlin’ mitts on, because this week’s Arcade Archives release from the retro muddy funsters over at Hamster is SNK’s hard-punchin’, knife-slashin’, gun-totin’ P.O.W. Prisoners of War, now available on PS4 and Nintendo Switch.

Released back in 1988, at the height of Cannon Films’ domination of the silver screen, P.O.W. is reminiscent of hokey action flicks such as Missing in Action and The Delta Force, as two musclebound Hoo-rah soldiers bust out of their somewheresville prison camp and single-handedly take down an entire army.

One or two players can battle their way through waves of soldiers and boss characters, utilising martial arts abilities and procured weaponry such as knives and assault rifles. While the spirit of arcade brawlers such as Double Dragon and Renegade is clearly apparent. P.O.W. is unfortunately snail-paced, with bland gameplay, and would unfortunately launch right before the genre’s golden era, immediately fading into obscurity in the wake of far better genre examples.

You can check out P.O.W. in action below, courtesy of YouTube channel World of Longplays.

P.O.W. Prisoners of War is available to download now on PS4 in Japan and Nintendo Switch worldwide, priced at around $8.