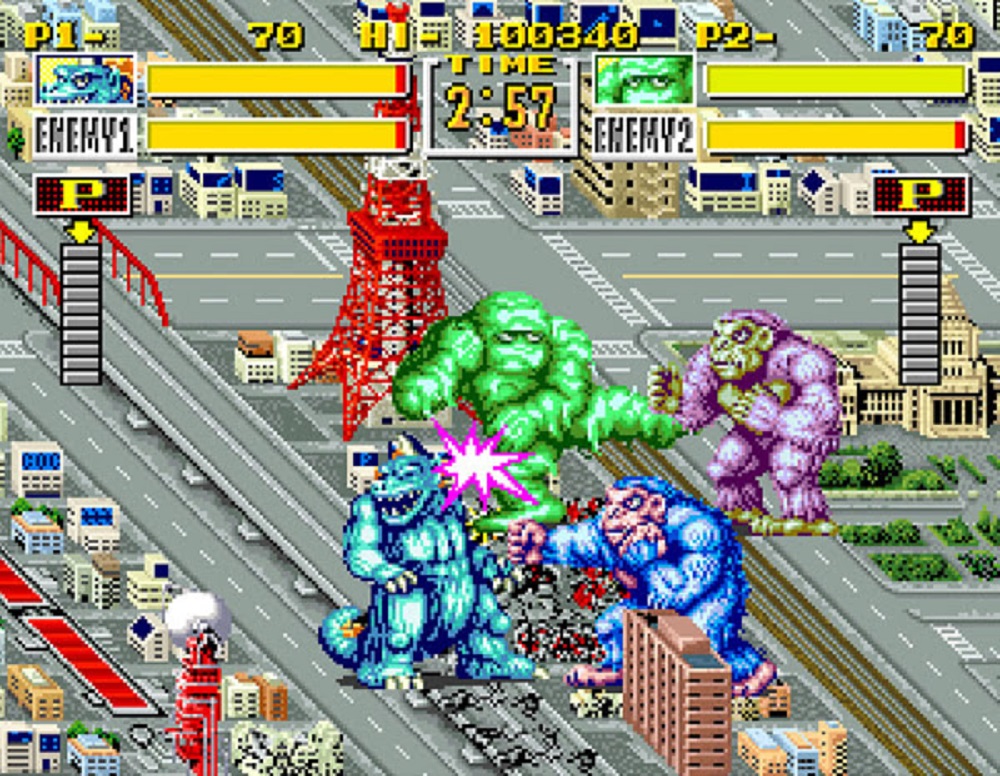 One of SNK’s best-remembered franchises is King of the Monsters. The brawler/wrestling titles were regularly spotted in MVS cabinets in the early ’90s arcade scene, and the original title in the series is available to revisit right now on Nintendo Switch.

1991’s King of the Monsters has players choose from one of six mammoth creatures before laying waste to each other in clunky, joystick-snapping mayhem, which sees the monsters smash it out while causing untold destruction to the cities and landscapes around them. The fight ends when one of the behemoths performs that all important ritual of… pinning their opponent for a 3-count.

Although the game’s legacy is fondly remembered, it has to be said that behind the rose-tinted specs, they’re very basic games, with little in the way of strategy, just a lot of button-pounding. The game does have some fun visuals though, and the concept is, of course, excellent. We’re long overdue a truly awesome spiritual successor.

Regardless, It’s great to see HAMSTER continue to push this huge catalogue of retro games out on Nintendo’s hybrid-console, as they certainly make for quality time-killers when on a lengthy commute, or a lengthier, work-based, bathroom break.

King of the Monsters is available for download now on Switch, priced at $8