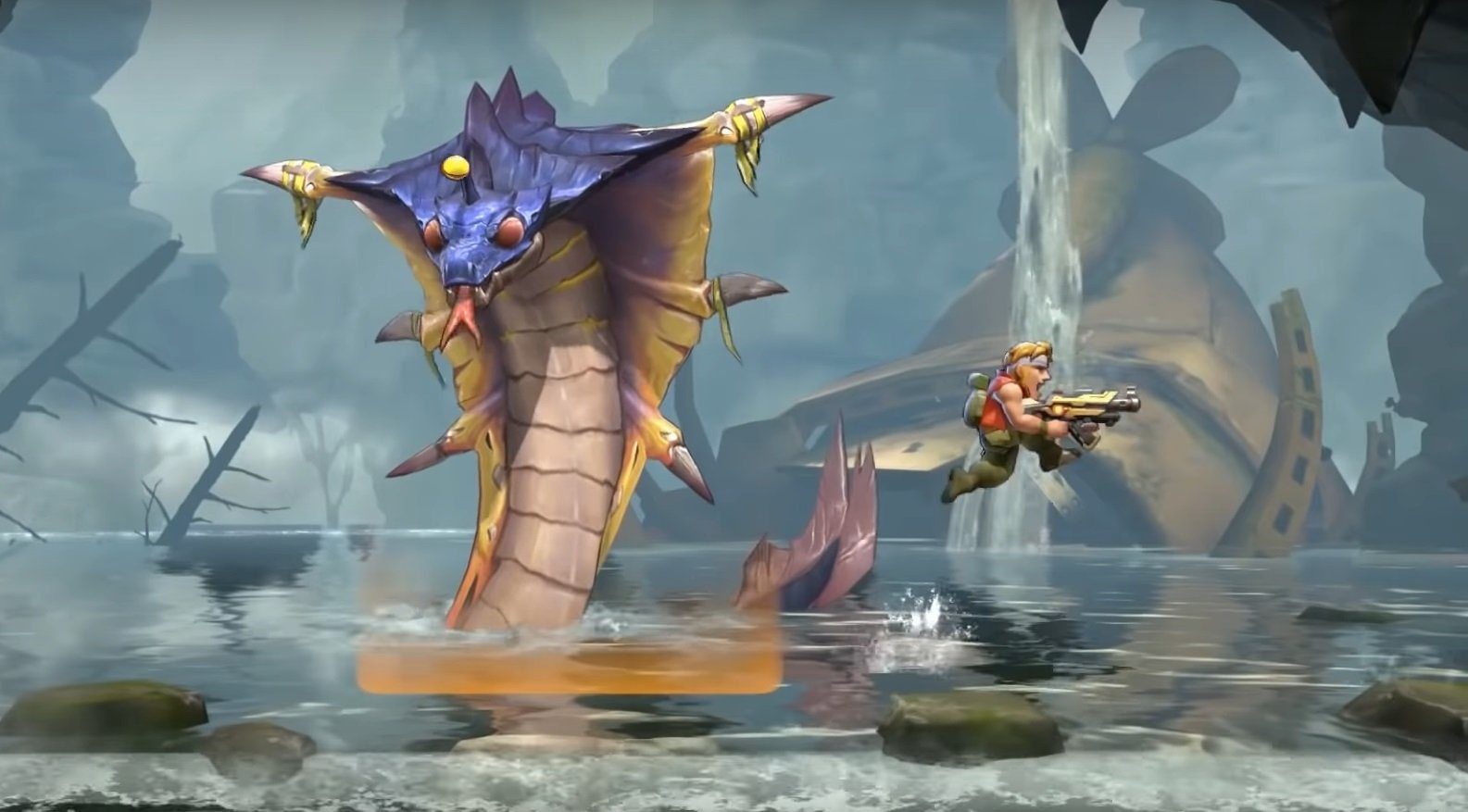 SNK has released the first gameplay footage taken from “Metal Slug Code: J,” the in-development mobile project currently on the workbenches at Tencent’s TiMi Studios. The still-unnamed (and undated) run ‘n’ gun adventure is in the works for iOS and Android devices.

Metal Slug Code: J will be the 17th entry in SNK chaotic, arcade action franchise (a number which includes multiple spin-offs and remakes). Much like SNK’s own King of Fighters series has in recent years, Code: J will be foregoing the classic (and expensive/time-consuming) pixelated visuals of its predecessors, presenting this newest bout of bombastic action via 3D models engaged in 2.5D gameplay.

It can’t be denied that Metal Slug Code: J is going to some lengths to capture the look, pacing, and gameplay of the legendary Neo Geo series — and it does actually looks quite authentic. For me personally, however, the 3D visuals provide an aesthetic I just don’t associate with the Metal Slug brand. It currently looks a little too “clean” for my taste, lacking the hard grit and oil-stained grime of its pixelated iterations, but it’s fun to see the P.O.W.s, mummies, aliens, and other series’ trademarks — alongside some fun-looking boss characters.