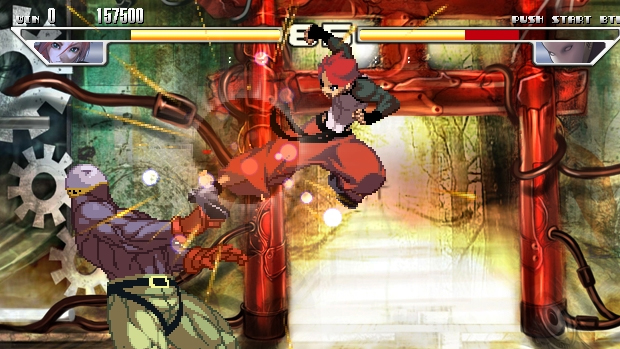 A trio of former King of Fighters developers have left SNK for greener pastures, going indie with a fighting game of their own called Yatagarasu Attack on Cataclysm. Developed over the course of six years on spare time and limited funds, the title is described as a “labor of love” that takes inspiration from the likes of Street Fighter III: Third Strike and BlazBlue.

The team has partnered with doujinsoft publisher Nyu Media to localize and promote the title in the final throes of development. Short on resources, the developers have launched an Indiegogo campaign, seeking to raise $68,000. Yatagarasu Attack on Cataclysm is planned for a worldwide release in February 2014 for Windows PC. A Japan-only arcade version is also in the works.