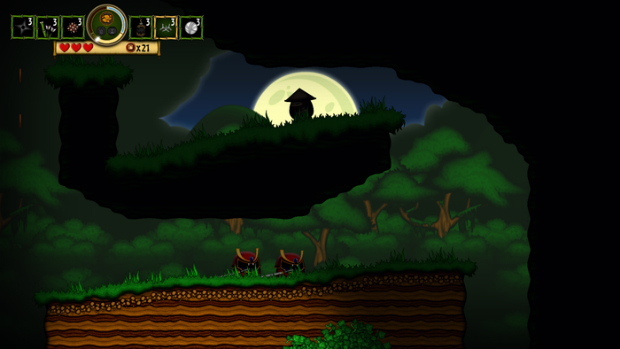 If you played through Mark of the Ninja thinking, “This is nice, but my word, it is quite gruesome,” before dabbing the corners of your mouth with a handkerchief, then Sneaky Ninja might be worth looking into. It has the bush-hiding, back-stabbing, and shuriken-throwing a stealth junkie could want, but stars cartoony potato matryoshka ninjas instead of boring regular limbed humans.

The Kickstarter pitch video is a little long, but there are some neat abilities that the characters in Sneaky Ninja have. My favorite bits are when one slows down time to nail two enemies with kunai at once. Very sneaky indeed.

The crowdfunding campaign is off to a bit of a slow start, with only a handful of backers pledging toward its $10,000 funding goal. If it finds success over the next month, Sneaky Ninja is planned for Linux, Mac, Windows, and Wii U.