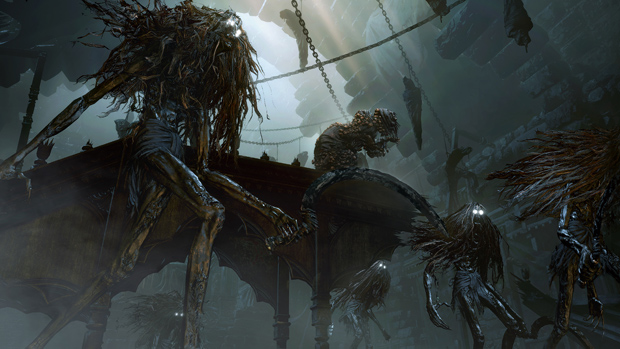 As well as a fix for ‘abnormal game behavior’

How much time have we spent staring at that damned Bloodborne logo during the game’s long loading screens? Actually, I’m not so sure I want to know. With save files totaling 50+ hours of play, my number would be gross. From Software has been looking into speeding up load times and now the studio says it expects to release an update for Bloodborne “before the end of the month.”

Good to hear. My mad dash to unlock all of the Trophies is over, but I’ll come back to Bloodborne eventually, even if there’s somehow no story DLC. Also, I’d like to echo what others have suggested: showing random item descriptions on the loading screens instead of the logo. Please.