I’m a huge fan of racing games. I’m terrible at them, but I’ve always loved driving around at high speeds with my friends. Throw hovercraft into the mix and I’m sold from day one. Games like F-Zero, Diddy Kong Racing (I know they were watercraft but I will fight you), and Wipeout added an extra layer of fun when wheels aren’t dragging you down.

SmuggleCraft is the latest hovercraft racer (of which there aren’t enough of), and seeing its polygon-infused style I hoped I’d have fun with it. I did, but not as much as I wanted. 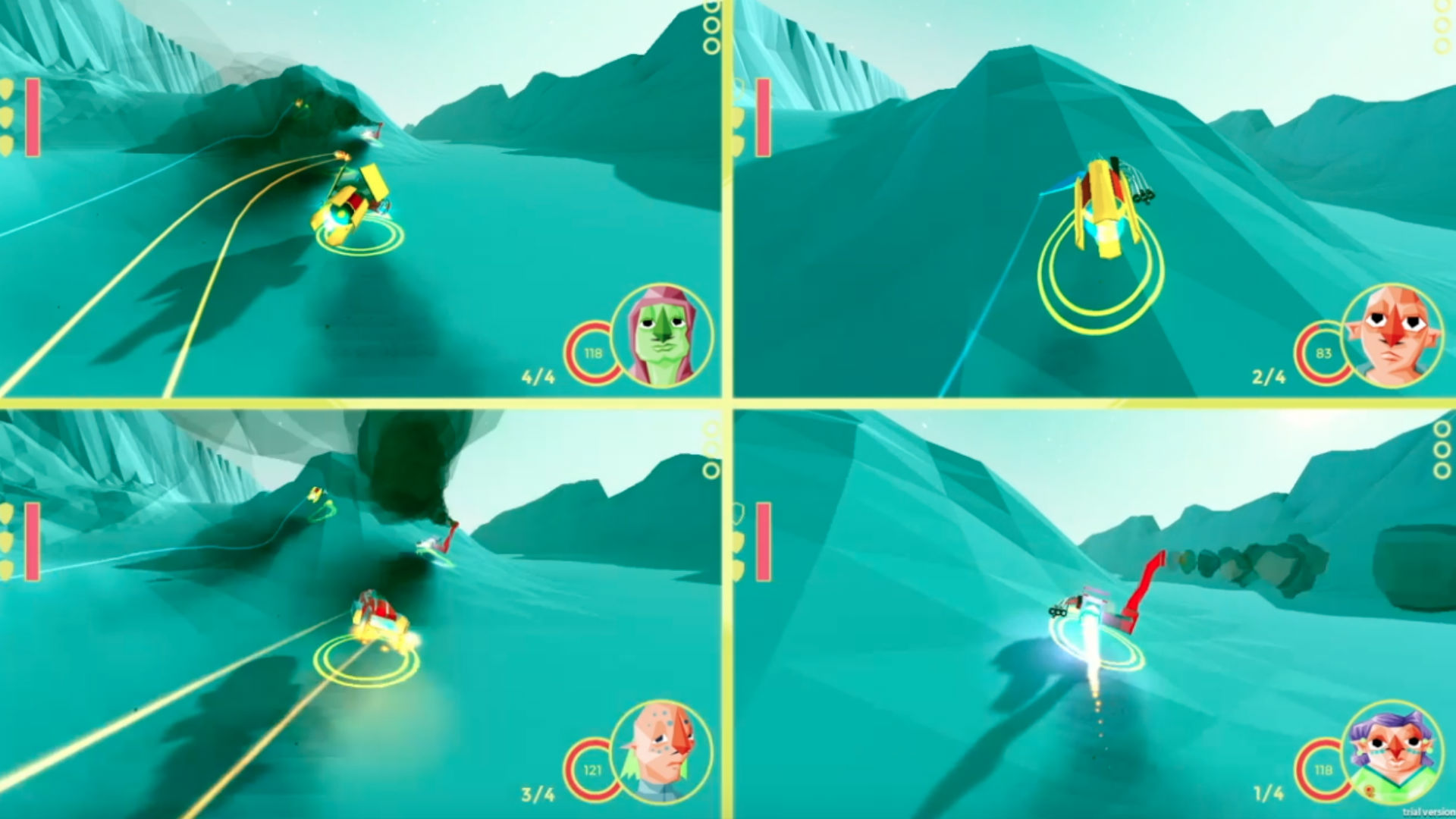 Happy Badger Studio’s SmuggleCraft has all the pieces necessary for a good racing game. It’s got an interesting drift-boost mechanic (you let go of the acceleration button before turning and hitting the button again mid-turn for a brief boost), there are no set tracks as each path is procedurally generated (so it’s more about nailing down the rhythm and mechanics of driving rather than memorization), and each race only lasts about thirty seconds. The problem, however, is it might be a bit too plain. The polygon style is nice and colorful, but I wish there were something else to offer in its environment to keep me invested. Maybe there’s a cool soundtrack available that I couldn’t hear during the PAX South demo? I hope that’s the case.

The pace of each race also felt too slow. Whether its the vehicles themselves moving slowly, or the map not properly reflecting the vehicles’ speeds, it didn’t move at the pace I wanted. Although the drift boosts provide a jump in speed, it’s such a whiplash effect between it and the normal pace you’ll often find yourself going all sorts of random directions (and at one point I drove under the map). But I get the feeling this takes some getting adjusted to as you play. Each craft also has an ever-decreasing fuel meter (which you’re meant to refill with collectibles on each track lest your ship explode) meant to add another layer of fun stress, yet the slow pace of each of the races makes it a non-factor. The races never quite reach a lovable level of tension, even when competing with other players. 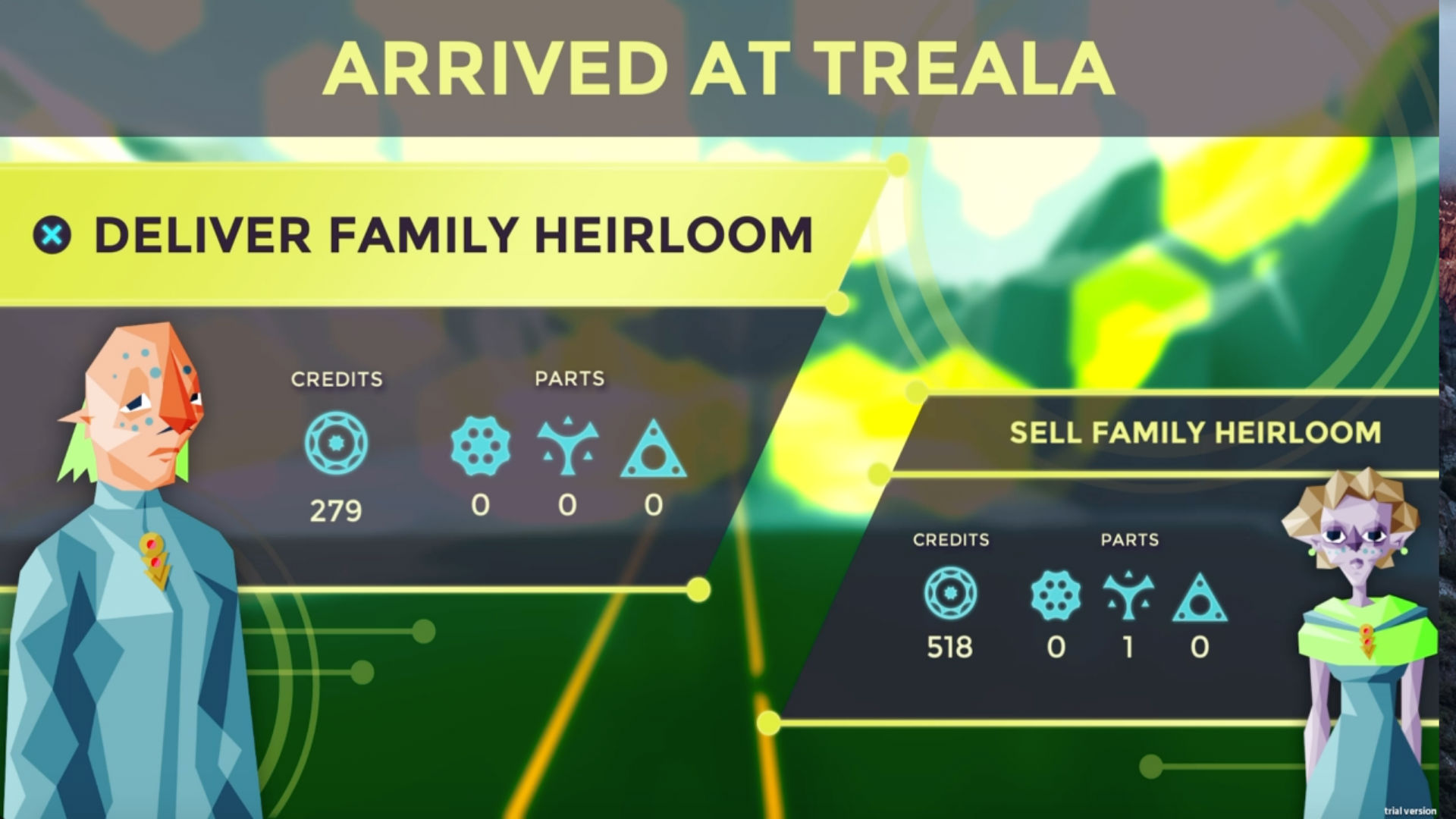 But multiplayer races aren’t SmuggleCraft‘s main draw. Most of its ambition goes toward its story mode and fleshing out how the title got its name. It’s where I had the most fun with it, too. The story campaign offers missions of varying difficulty including standard races, towing missions (where you have to carry a piece of polygon from one end of a track to another), and solo cruisin’. Not to mention the morality system built into all of it. As your character is a smuggler, you accept missions based on the reward. You could, say, accept a mission to deliver medicine but then decide to steal the medicine to earn more money for yourself. But in doing so, you’ll be labeled a thief and have cops on your tail in later missions.

It’s applicable vice-versa as well. You could a good person, but steal from baddies and have their bounty hunters on you tail. Failing all of that, you could choose to ignore most of the story missions in favor of a more neutral partner later on. In the story missions I played, the slower pace bothered me less because at the end of each mission I was a chaotic dynamo. I smuggled some goods, sold them for a profit, then betrayed the guy I sold them to. Although the demo was early on in the campaign, there were a variety of missions to choose from at the jump. Some of them might be a bit too similar to others, but the procedurally generated tracks help on that front.

The single-player campaign also opens up your craft to customization options. Completing missions nets you money for more parts which add stat boosts to your vehicle as well as change its look. The look and feel of the crafts when customizing is akin to the gummi ship sections in Kingdom Hearts as you’re allowed to make as cool looking or uggo of a ship as you want. 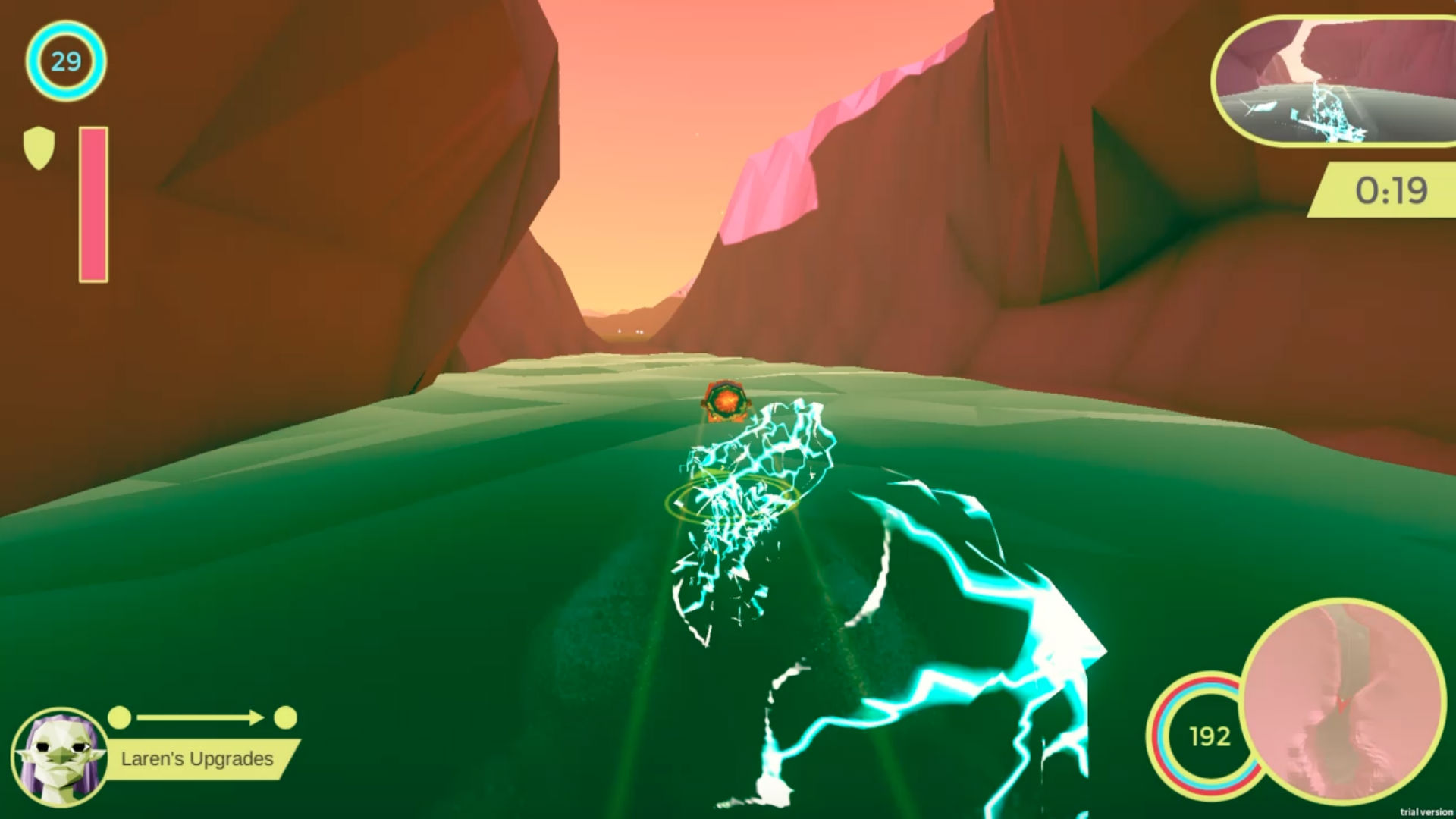 SmuggleCraft has a huge amount of promise, but it needs to nail down how it wants each race to feel. I did enjoy cruising around, but my pace at times didn’t match the story Happy Badger Studio wants to tell. I’m sure with maxed-out stats the races could feel fantastic, but it’s not an experience I could share with others. Since multiplayer races put everyone at the same level, further reflecting my core issues with the title, SmuggleCraft, as it stands now, might be better off played alone.

SmuggleCraft is slated to release on PlayStation 4, Steam, Mac, and Linux this spring.