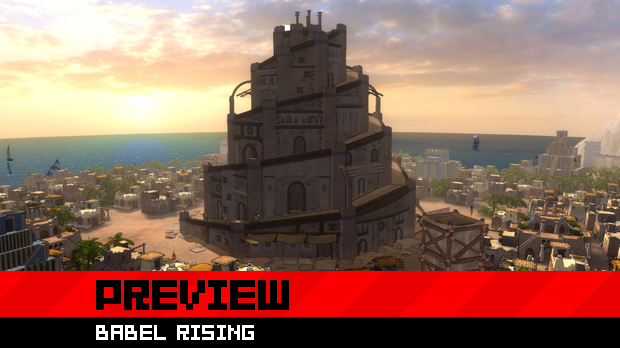 Have you ever wanted to cast down the wrath of God with great vengeance and furious anger? Babel Rising — Ubisoft’s upcoming title for Xbox Live Arcade, PlayStation Network and PC — may just be the game for you, or at the very least gamers who used to burn ants with a magnifying glass as kids.

At an Ubisoft press event this week I got a chance to take this, newly announced, action God-game for a Kinect enabled spin. I have to say, being a spiteful deity, while borderline sadistic, makes for a pretty good time. 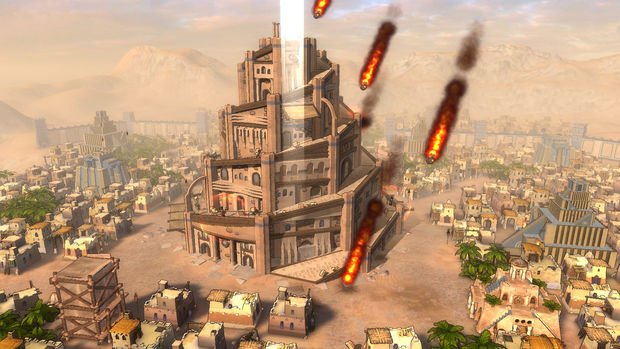 As God in Babel Rising, your objective is simple; prevent the Babylonians from building one of their famous towers to the skies above. If they reach you, you fail and, as I can only assume, the Babylonians then throw a wicked Bill and Ted’s Bogus Journey-esque party at your expense.

To prevent this from happening you will use the power of the elements; fire, water, lighting, and earth (Go Planet!) to kill every last peon who dares defy your right to live in the heavens. If you couldn’t already tell, you’re not a very nice and welcoming God but that’s part of Babel Rising‘s devious charm.

The Kinect controls for smiting are fairly simple and intuitive. Your right hand controls the camera, which you can spin freely around the tower, and it also directs the aiming reticule for targeting the little Babylonian bastards. Your left hand — if you haven’t already guessed — controls the smiting. 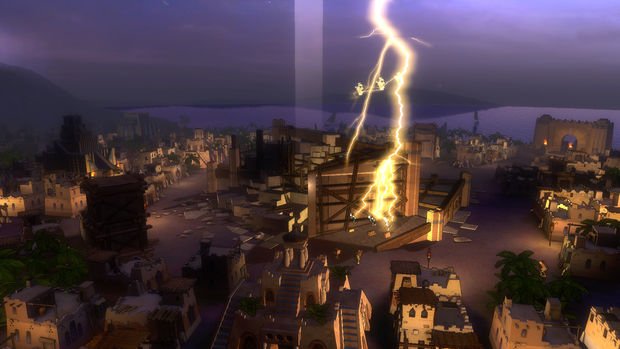 Depending on the element selected — in my demo only fire and water were available — simple flicks downward will cast fireballs and rainstorms to either destroy or impede the construction of the tower. Holding out your left arm and swiping your right hand, back and forth, creates diabolical fire roasting and ice freezing attacks. If you’re in a pinch, there is also the Ultimate attack, which when charged can be cast by swiping both arms down simultaneously. I only saw the fire version of this attack, but the onslaught of meteors was impressive .

Though you are God, unfortunately the omnipotent powers aren’t infinite. Each skill has a certain amount of uses before it must be recharged, so smiting wisely is a must. There are also voice commands, which allow for faster switching between elements and for casting ultimate attacks. While I didn’t get to try the voice controls I can only imagine the joy of shouting “ultimate attack” and laughing to myself as the carnage unfolds. 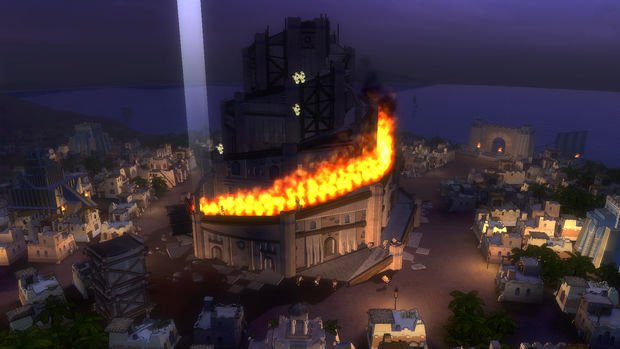 Babel Rising may be toted as an action God-game, but it shares a lot of with the tower defense genre — even if you are preventing one from being made. Managing your resources and assessing the types of Babylonians approaching — such as healers — is key to being a successfully ruthless God. The level I played was fairly straightforward, with my building nemeses only coming from one path, but I was told later stages can be quite hectic with enemies coming from all sides.

Babel Rising is set to hit the three major downloading services on consoles and PC, hopefully, by next spring. Controller options are available as well and there is even a competitive multiplayer mode to accompany the campaign.

Strategy fans and casual gamers alike should pay attention to this one. Whether you fancy the tower defense genre or are just looking for a diabolically clever game to show off at parties, Babel Rising should contain just the right amount of fun for everyone.