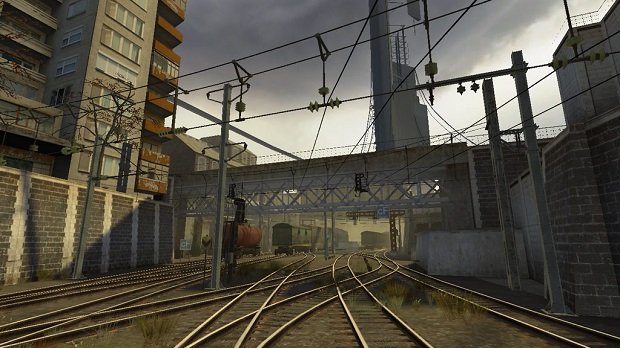 I’ve been a fan of the various You Are Listening To… streams for a few years now. Initially, you could listen to the police banter of various North American cities while a stream of ambient and instrumental music played at the same time. It made for an oddly soothing listening experience but I don’t think there’s anything gentle about this custom station, a loop of radio chatter from Half-Life 2’s sinister dystopia City 17.

I haven’t played Half-Life 2 for a while now but just hearing that combined radio chatter and the cold, mechanical loudspeaker announcements brought back memories. I kept expecting to hear gunshots at some point as I’m so used to Combine guards chasing me around.

Half Life 2 gets a lot of credit for the design of City 17 but its sound design never gets that much praise. This station reminded me how atmospheric the city really was.