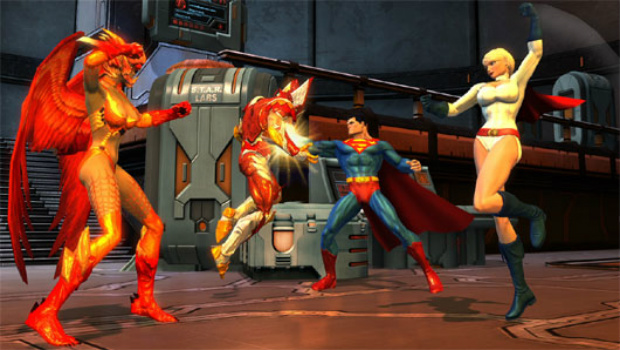 There’s no denying that the free-to-play games has become increasingly more popular in the West. Not only do we have new f2p IPs popping up all over the place, established subscription games are going over to that model as well. While it’s been predominant for a long time in parts of Asia, it’s been a lot more controversial in the West. Fears of lack of balance or glorified demos have put some gamers off entirely.

Hot on the heels of SOE’s announcement of DC Universe Online’s imminent transformation to a f2p MMO, SOE President John Smedley has written an editorial predicting the death of the subscription model and the future of f2p.

Smedley believes that BioWare’s upcoming MMO, Star Wars: The Old Republic, will be the last major subscription based MMO, he also thinks that it will have a legitimate shot at getting 2 million subscribers. He cites cost as one of the core reasons that subscriptions are on the way out as it is a big hurdle for some players. This isn’t really anything new, gamers have criticized continually paying for a game since MMO’s took off, but the dominant game in the MMO genre is still subscription based. However, as the market has expanded there are plenty of options for those who don’t want to pay to play.

Another issue with the increased market is console gamers. Outside of the Xbox LIVE subscription, console gamers don’t really have to worry about extra costs unless they are purchasing new content. But the few MMOs which have made their way to consoles treat them the same way as they treat their PC counterparts. It’s not just console gamers who have a problem with subscriptions. According to Smedley 40% of people who gave a reason for leaving Everquest II blamed subscriptions. Since changing to f2p the game saw an increase in players and has apparently been a success. Lord of the Rings Online is another example of this, Turbine got three times the revenue from the game when it went free and saw a significant increase in players.

By taking up front and subscription costs out of the equation there is no real barrier stopping curious consumers from giving the title a shot. By appealing to a global market including China and Korea where the model is already a success and by cutting out the retail middlemen which restrict indie studios, Smedley thinks that that market will increase even more in terms of consumers and developers.

I’m a big proponent of f2p games. I don’t actually play for free that often since I like to experience as much of a game as possible and so often end up paying for a premium membership. Regardless, I think that having that free option makes good business sense. It opens the game up to more people than a demo or a review can, it provides a big boost in sever populations, which when low can really cripple an MMO and it gives the consumer a lot more time to decide if they want to become a paying customer. Even in the cases where the free players are restricted rather severely, they are still getting more freedom than if they were playing a demo.

I don’t think that it’s as clear cut as Smedley makes it out to be, though. In games where community is so important I think it’s risky to create a system where you get two different classes of player based on how much money they are willing to drop. It creates a divide in the community that isn’t based on skill or any sort of in game mechanics. Even though hurdles such as cost have been removed, new ones have been put in their place.

What do you fine folks think the future holds for f2p titles? Will it become the dominant model for online games? Should it, even?