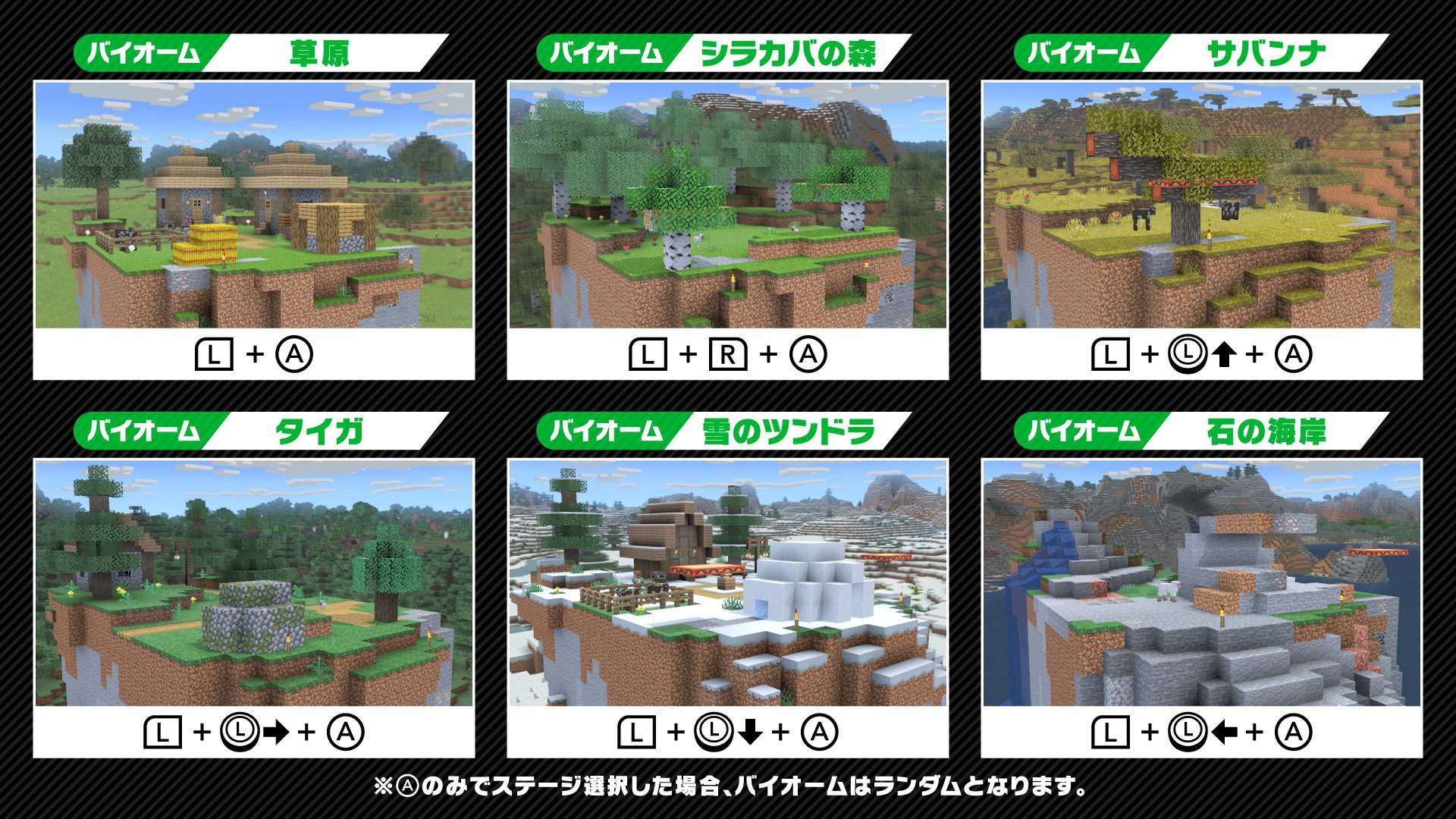 This is so rad

Masahiro Sakurai is a madman when it comes to detail.

The extended look at Minecraft‘s Steve in Smash Ultimate is insane, especially the bit where Sakurai explains that every level had to be retooled to work with the character. Naturally, Steve’s accompanying stage will be pretty detail-oriented as well.

Shared on the official Smash Bros. Twitter account, it has come to light that players will be able to hold certain button combinations to access specific biomes. As a reminder, biomes are separate areas in Minecraft that are randomly generated across a giant map; and host different resources and creatures.

To initiate the cheat-like functionality, you just hold down the button combinations above and select the stage. I’m going to be going with the Snowy Tundra fairly often! It’s one of my favorite Minecraft biomes and Smash could use some more winter-themed stages.

As a reminder, Steve is out later today in Smash Ultimate.