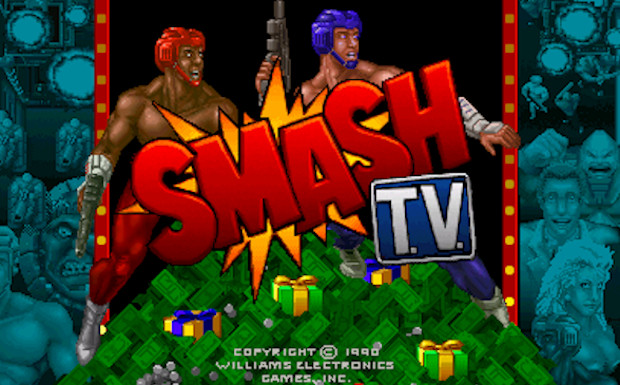 Let’s get the “I’ll buy that for a dollar” quote out of the way. Right, now we can get on with the actual story.

Did you know that the classic arcade game Smash TV was in line for a remake? It was going to be a top-down shooter, just like the old days, but given a coat of modern paint with 3D graphics. Original Smash TV programmer Mark Turmell confirmed that the game was in development, but then it “hit the fan” with Midway and the project had to be scrapped.

Fear not, though, Smash TV fans. While Turmell did not state that the new game was still in the works, he voiced confidence that it “will rise again,” thanks to Warner Brothers., the company that now owns Midway’s soul. WB has the right, the means and, we hope, the desire to do it, so watch this space. Big money and big prizes may be yours to enjoy once again in the near future.