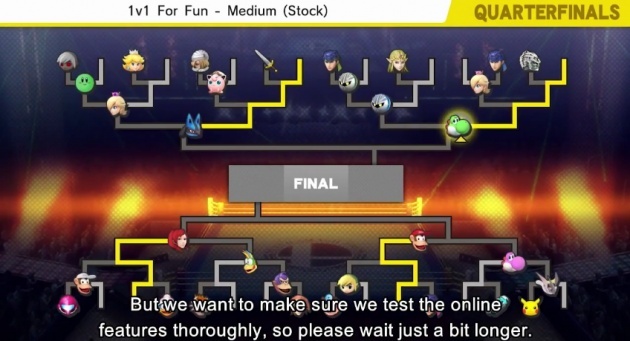 Will they be worth the wait?

Super Smash Bros. for the 3DS was released in Japan on Sept. 13th 2014. Almost a year later, the Wii U version of the game will get a selection of new online tournament options. I don’t know whether to applaud Nintendo for continuing to support the game for so many months after launch, or to chastise them for taking so long. Maybe I should just shut up about that and enjoy my life. In fact, maybe we all should.

From the sound of it, there will be two types of tournaments — those that have players jumping online whenever they want to compete for points, and those that take place against other players in real time. Apparently both of these modes are done, but Sakurai and the gang are still working to fix issues with how they run online. Take your time, Sakurai! I think Smash Bros. fans will have plenty to keep them busy for the next few months.