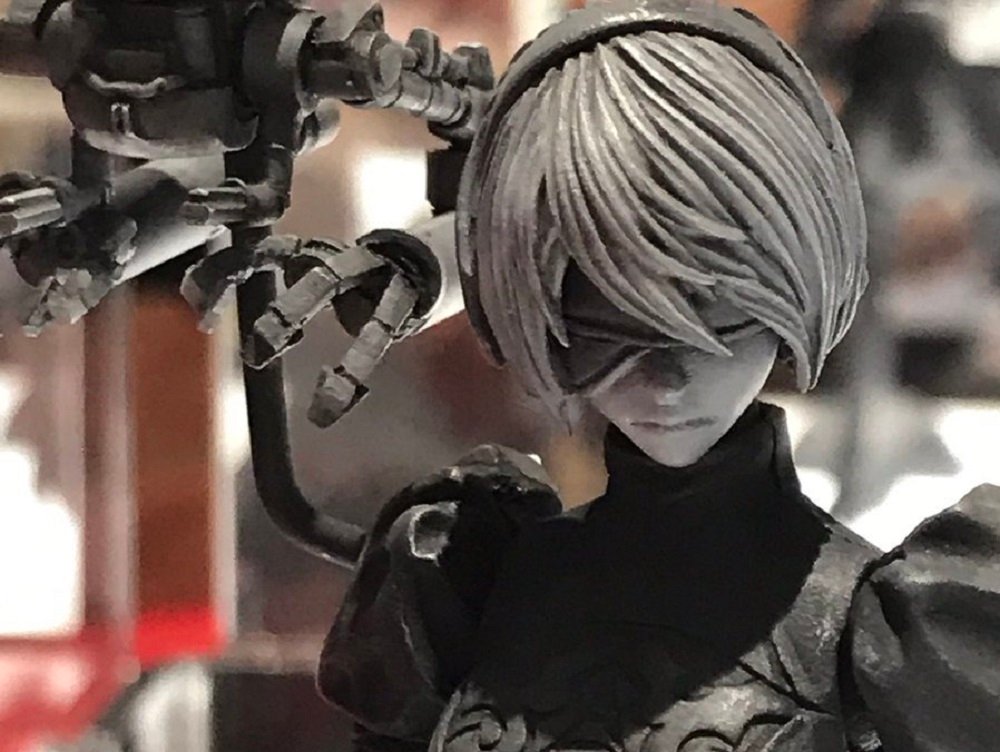 The photos show incomparable android-waifu 2B and Machine Lifeform Small Stubby (stop laughing at the back) in their base-figure form, alongside a small selection of weaponry and accessories. The toys will be on display this weekend at San Diego Comic-Con ahead of their as yet unrevealed release date.

I was once an obsessive collector of film and video game figurines, but I have really dialed that back in the last ten years. Companies like Blizzard, Sideshow and Figma are making it unquestionably harder to keep my shelves empty though. Thank God I’m so perpetually broke.