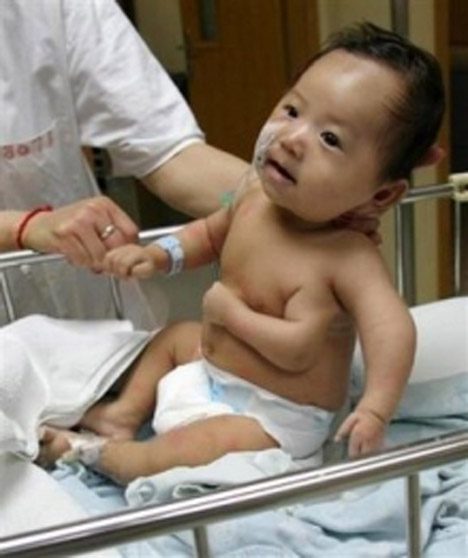 , the Super Smash Brothers clone with guns, is going to be coming to the Xbox 360 on Wednesday for Xbox Live Arcade peeps. The game will run you 800 Microsoft points for 12 characters with their own weapons, 12 achievements — including the viral achievement only attainable if you play with someone who already has it — and eight maps to play on with three of your Destructoid buddies. Good deal? At least they aren’t screwing you over with microtransactions, like some people. (We’re looking at you Q Entertainment.) See the whole press release after the jump.

Social gaming innovation in “Small Arms,” which begins with the four developers at Gastronaut Studios, will pass to Xbox Live Arcade gamers from around the world. “Small Arms” includes a unique social networking Achievement called “Six Degrees of Small Arms” that can only be earned by playing with someone who already has it – and which only the game’s creators will possess at launch!

In “Small Arms,” up to four players can join in the battles across many dynamic and richly detailed levels. Gamers can choose from a cast of outrageous fighters like the cyborg tabby cat, assassin truffle pig and mutant chimney sweep. While jumping from platform to platform shooting with 360° aim, gamers of all skill levels will be able to pick up and play this innovative side-scrolling action title.


WHERE CAN I GET IT: Download “Small Arms” beginning on Wednesday, November 22, at 1 a.m. PST on Xbox Live Arcade.