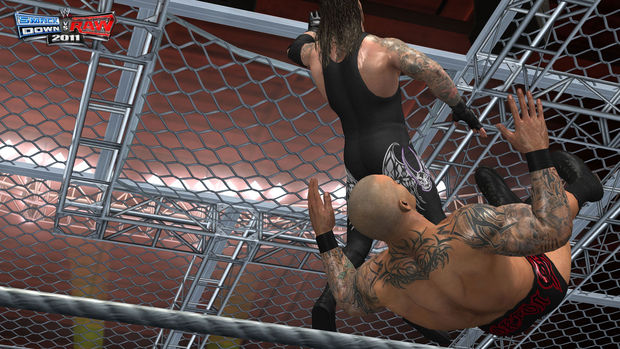 THQ and the WWE are hopping on the pre-order bandwagon, having just announced a bunch of pre-order incentives for the upcoming WWE Smackdown vs. Raw 2011.

Head over to Best Buy and pre-order the title, you’ll unlock wrestling legend Bret Hart as a playable character. Toy R Us customers will get the “Ministry of Darkness” entrance gear for Undertaker. Order from Amazon.com and you’ll get three outfits — a t-shirt, a suit, and a referee uniform) for Randy Orton. Brave the aisles of Walmart and you’ll receive a special arena, “Tribute to the Troops.”

The game is out October 26, which leaves you a few weeks to make some very, very important decisions.