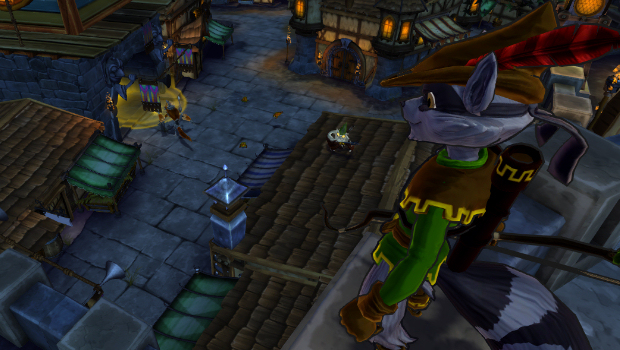 Sly Cooper: Thieves in Time has been announced as a multiplatform release, coming not only to the PS3, but the PlayStation Vita as well. The game will utilize cross-platform saving, allowing players to keep their data in the cloud and transition between home console and handheld. If they have both copies, presumably.

The Vita version will largely remain the same as its PS3-bound alternative, with the addition of gyroscopic controls. Sony promises an “uncompromised experience,” thanks to the Vita’s two-stick layout.

Check out the Vita screens in the attached gallery, if you so wish. I like how we’re getting some rather faithful portable versions of home console games with Vita. The idea of shared cloud saves is neat, though I doubt I’d love a game enough to get the two required versions. Unless it’s Red Ninja: End of Honor.

That was a great obscure reference.