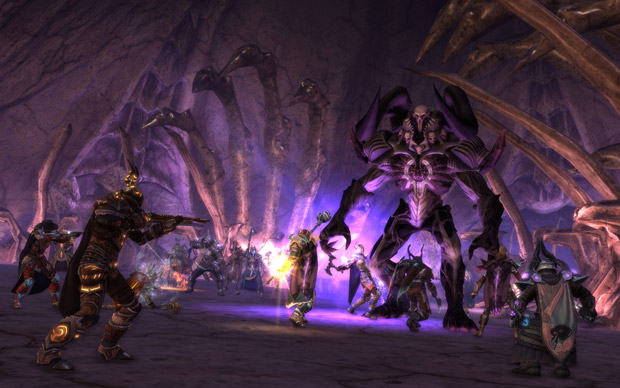 Having previously put out a lite version of RIFT, Trion Worlds is now committed to introducing a full-fledged free-to-play model for the MMORPG. They’re doing it, and doing it well, it sounds like — “experience the entire game world; every dungeon, every zone, and every level and get full access to all current and future game updates,” reads the announcement.

This transition will occur on June 12; new players will begin with two character slots and three bag slots, while anyone who has paid for Rift or its Storm Legion expansion will retain their current slots. Trion has a rundown of the various bonuses for paying subscribers, most of which are boosts typical of MMOs offering a hybrid free/paid model.

There are also plans to release content update 2.3, Empyreal Assault, in time for the free-to-play launch. Expect a new zone and world event as part of that rollout.