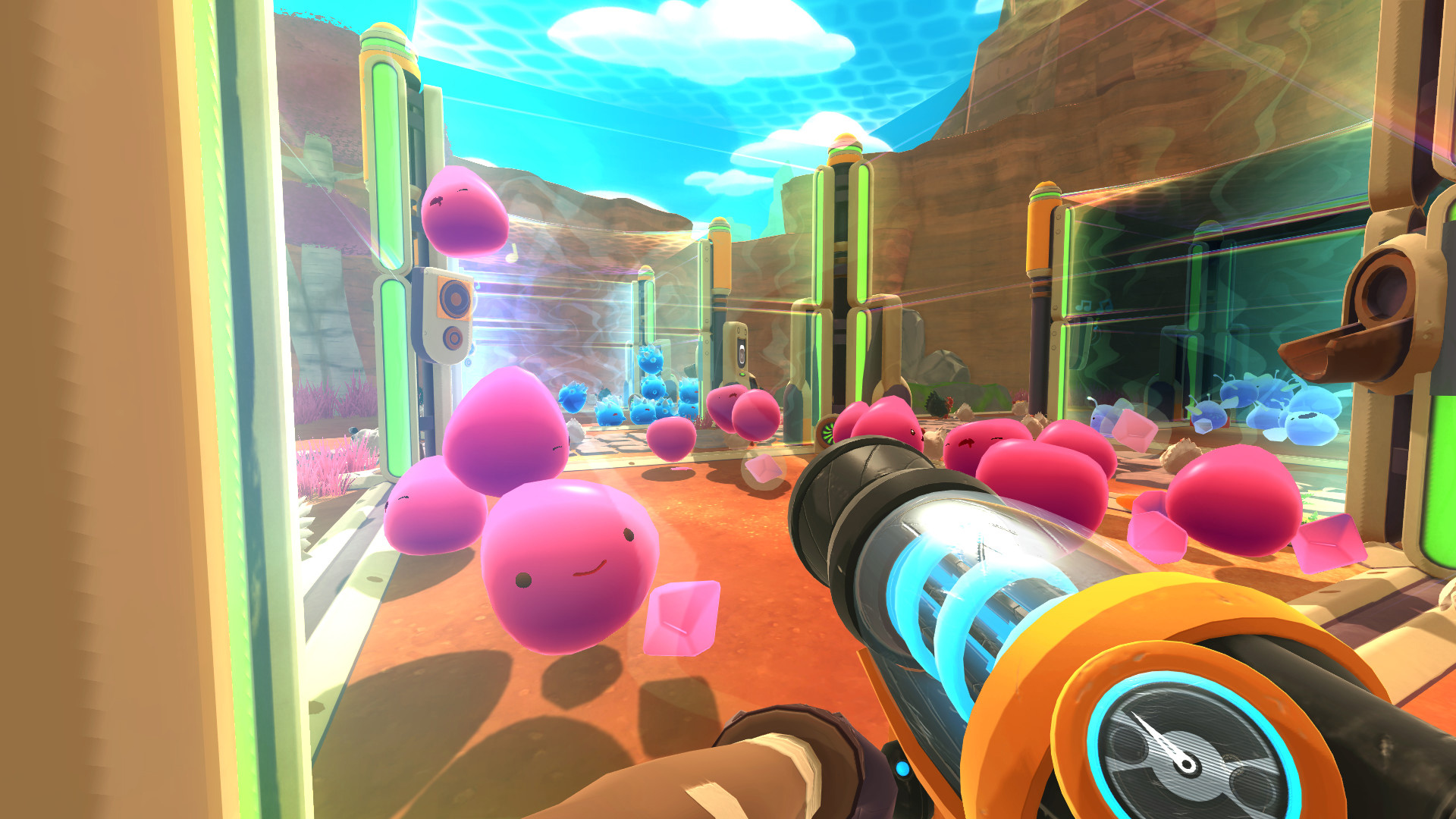 The appeal of Slime Rancher is built right into the name. It’s a game about wrangling cute slimes with a combination vacuum/cannon/backpack and gettin’ paid — the sort of thing I’d ideally like to play a little bit in the evening when I’m unwinding. (Just like how I used to play Stardew Valley for “a little bit.” Right…) I’ve been holding out for the game’s full launch and that’s happening real soon.

On Tuesday, August 1, Slime Rancher will leave Steam Early Access and launch with “a smaller update that ties up a few loose ends.” So if you’ve also been waiting, you’re probably good to jump in any time now. The save files for the current build “will absolutely carry over to v1.0.0.”

Monomi Park has also brought up several features that might make it into the game down the road:

Map System
A map of the Far, Far Range will be added that gives you a general sense of where you are in the world. This is not a detailed mini-map as we still believe that exploring the unknown and learning the world is important to the experience. But it should alleviate some of the frustration that some players experience. This feature is already in development and will be released as soon as possible.

Iron Rancher Mode
An exciting new game mode that adds a replay-able, survival-like experience to Slime Rancher! Aimed at veteran ranchers who have cleared Adventure Mode and seek an increased challenge, the Iron Rancher Competition has you racing against the clock to collect quotas of various plorts across multi-day rounds. However, each round offers unique challenges and remixed rules that greatly changes the standard Slime Rancher experience. Vampiric chickens? Whaaaa?

Casual Mode
Based on popular request, Casual Mode is a relaxed version of Adventure Mode where tarr do not exist!

Desert Slime Toys
The charcoal brick, disco ball, sol mate, and gyro top will be added, much to your desert slime’s delight.

Rancher Missions
Ogden, Viktor, and Mochi will offer you a daily mission as work-for-hire in new mini-zones on the Far, Far Range. These missions offer unique rewards as you earn favor with each rancher. BOb wants chickens.