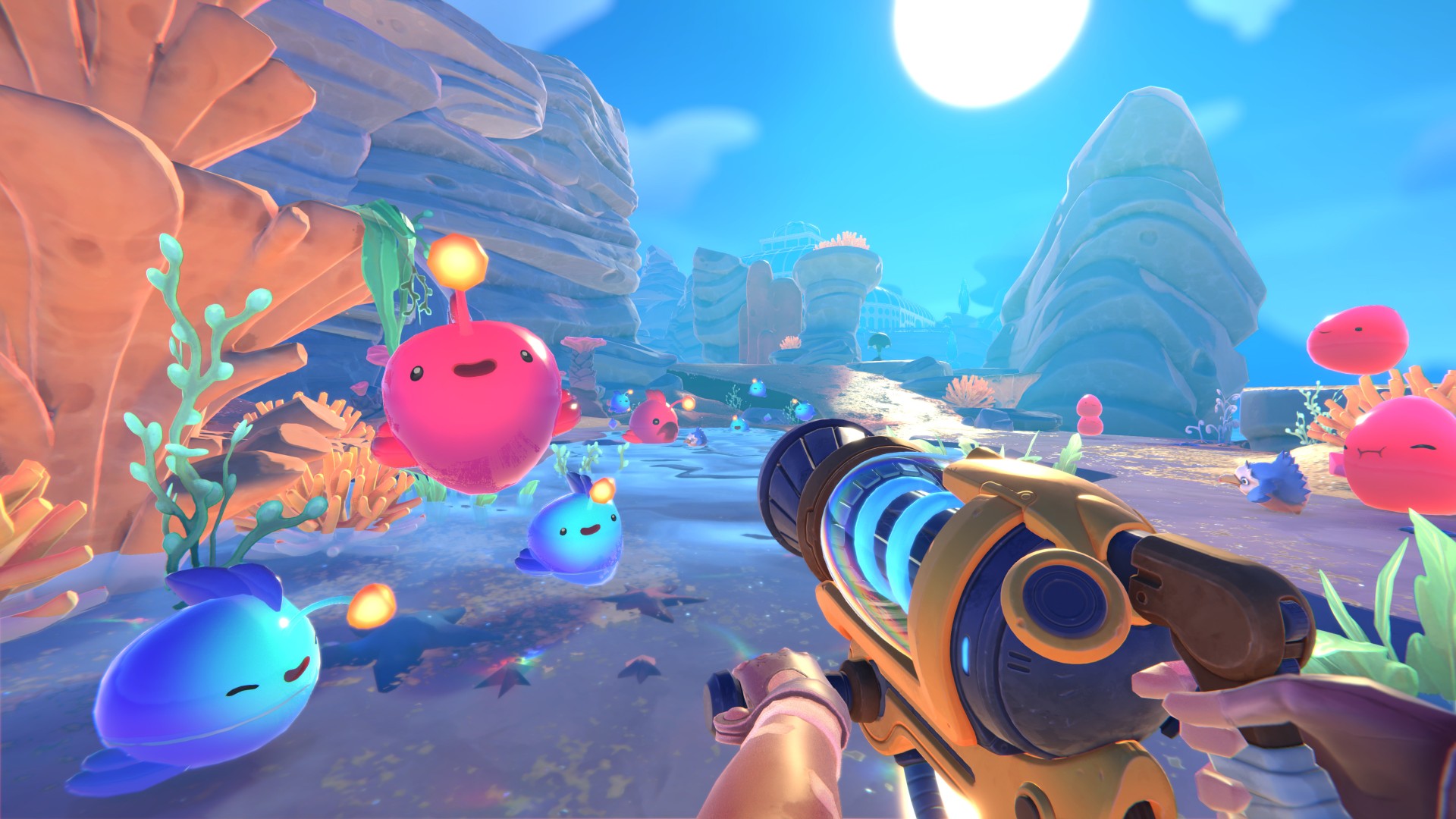 Simulation fans rejoice, because Slime Rancher 2 is nearly here. It’s been over five years since the first game’s release, and fans are itching to dive back into the cozy, adorable world of the Far Far Range. The beloved open-world, FPS life sim is back, and this time, it’s going to be better than ever. Slime Rancher 2 will not only be a big graphical improvement over its predecessor, but will also build on the mechanics, characters, and world of the first game as well.

????Rainbow Island is on the horizon…
✨Slime Rancher 2 arrives September 22!✨

With the early access build, players won’t get to see all of the “features, slimes, environments, items, story, etc.” that the full game will have to offer, Nick Popovich, the Slime Rancher series director, said in a Reddit post detailing what we can expect. “If you’re someone who wants to play through a game all at once in a complete state,” he continues, “you can simply wait until the full game is released at a later date.”

Basically, the early access version of Slime Rancher 2 will have a lot missing, but if you’ve just been champing at the bit to play it all this time, it’ll definitely be worth it to check the game out early.

Slime Rancher 2 officially hits early access on September 22, and is available to wish list now on Steam and the Epic Games Store. The game will also be available on Xbox Series X/S.

I’m usually more of a full-release person, like Popovich was talking about, but I have to admit that I’m tempted to load up Slime Rancher 2 the minute it’s available. We have no shortage of relaxing games coming out this year, so between this and Ooblets both coming out in the next few weeks, I’m gonna be set until Christmas.