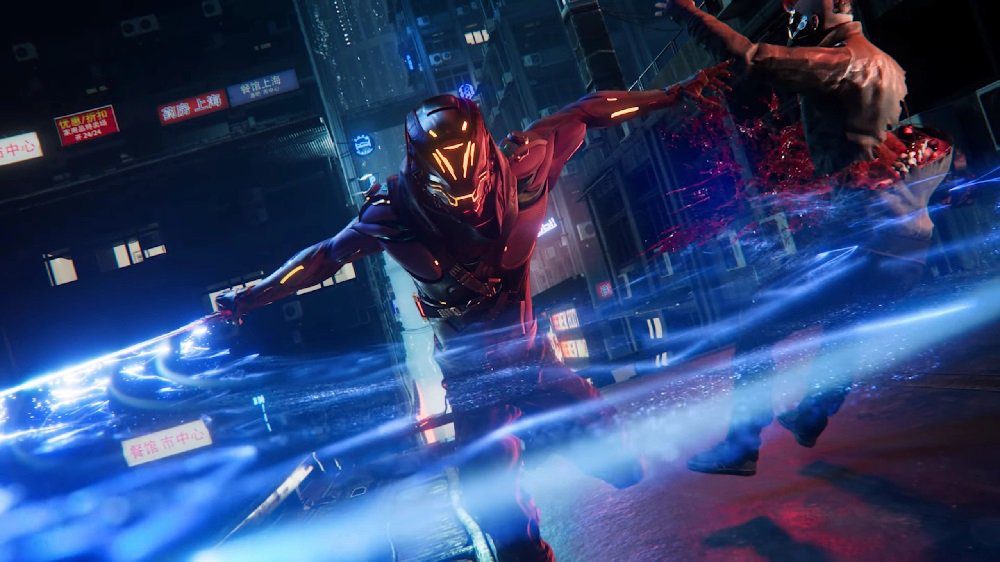 It’s more of that neon-city cyberpunk action that’s hot with all the kids right now. All-In! Games has released a new trailer for its futuristic first-person adventure Ghostrunner, which launches on PS4, PC, and Xbox One later in 2020.

In a dystopian future, entire cities are stacked vertically in gargantuan towers, where the people are ruled over by the tower’s richest, most powerful, or most ruthless occupants. In Ghostrunner, players must scale the world’s last remaining city, Dharma Tower, in order to take down its keymaster, Mara, and free the city’s populace from their violent and oppressive rule… Not unlike Pete Travis’ excellent 2012 movie, Dredd.

The lightning-fast Ghostrunner combines cyber-ninja acrobatics and physics-defying special abilities, with violent and gruesome swordplay to create a dynamic action-adventure experience. If you fancy checking out Ghostrunner ahead of its official launch, then you can sign up for private beta access right here. The development team of 3D Realms, One More Level, and Slipgate Ironworks have also teased “big news,” to be revealed on September 15.

Ghostrunner launches later this year on PS4, PC, and Xbox One.