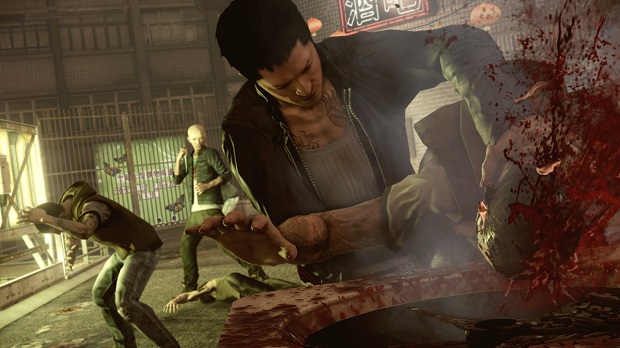 Tomorrow, Sleeping Dogs: Definitive Edition will be released to the public. It’s basically the same idea as Tomb Raider: Definitive Edition — a re-release with promises of enhanced visuals for current-gen systems (PC, PS4, and Xbox One). Having played the Sleeping Dogs: DE for about a week now, I’m of the opinion that it doesn’t really take advantage of the current-gen hardware in any meaningful way.

In fact, it looks and plays like the last-generation iteration. Visually it feels far too similar to the experience you’ve already had a few years back, not to mention the fact that I even encountered a few of the same slowdown issues that plagued the original during chase scenes. It might be 1080p on consoles, but it’s also 30 frames per second, and it’s not consistent.

Now, that doesn’t mean that you should count out the Definitive Edition entirely. Sleeping Dogs is still very much a good open-world title, and worth playing if you generally enjoy the genre. There’s so much packed into the game’s universe, and combat is straightforward and satisfying with its many environmental hazards to slam enemies into. It also comes loaded with all of the DLC, including the spooky themed Nightmare in North Point, as well as the Year of the Snake and Zodiac Tournament story DLC — and tons of extra outfits, vehicles, and missions.

In that sense, it is as “definitive” as a Game of the Year edition gets. So if you haven’t played the series at all yet, get in on it on a current-gen system, or at the very least, at a sale. Everyone else should probably pass.