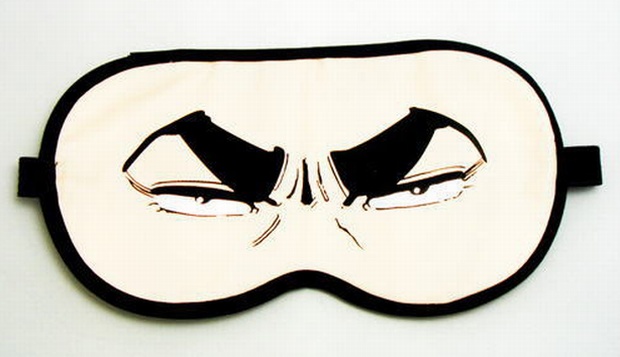 Cospa is like the nerd’s dream company. They manufacture everything from Gurren Lagann rings to Atlus t-shirts, and since I own one of the latter, I can vouch that their stuff is great quality.

That being said, I couldn’t stop giggling this morning when I saw the Golgo 13 eyemask, which could easily be the most hilarious use of twelve of your hard earned dollars ever. If there’s anything that’s freaking awesome, it’s looking like Duke Togo while you sleep.

Seeing this got me thinking about the original Golgo 13 game for the NES, which made a huge impact on me because Duke takes a girl back to a hotel room and you see them close the curtains. I thought this could only mean SEX, and as a ten year old this was rather thrilling and disturbing to me. Games were getting so mature! What could be next! If only little Colette could have had any idea of the violent future of gaming to come! Speaking of Golgo 13, there’s a new game in the works for the DS. You should go check that out.