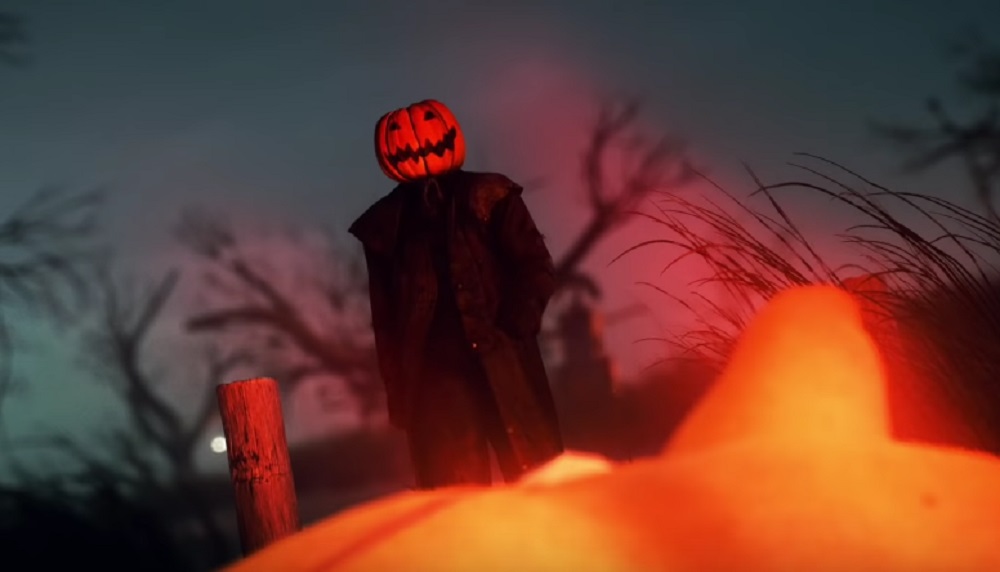 Is that a pumpkin on your head or are you juARRRGHHH!

Murder marathon Hitman 2 is set to get some free content today, welcoming in the Halloween season with a new Escalation contract, some unlockable rewards, and a creepy new disguise for the man who loves to go bump in the night, Agent 47.

Although details are slim, we can see from the horror-movie style trailer below that the contract is set in a special spookified variant of Hawke’s Bay, where players can earn themselves a new skin – the tactical wetsuit – as well as a bat-shaped throwing star, not dissimilar to the ones carried by The Dark Knight himself.

The small update is rounded out with a bizarre new costume, which sees 47 become a hellish scarecrow, donning a ragged sackcloth outfit and a ghastly pumpkin head. Hardly the stealthiest of getups, unless you’re standing still in a field, I suppose. In addition to this new content – which will arrive on all platforms today – a run of “Trick or Treat” Featured Contracts are currently live in-game.