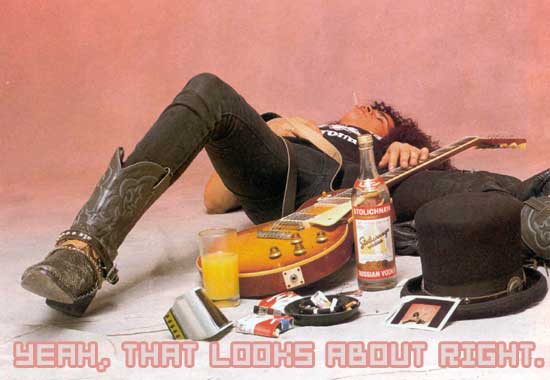 These days, the best news I have about guitarist Saul “Slash” Hudson is that he’s going to be a playable character in Guitar Hero III. According to the most metal blog on this here metal planet, Metal Injection, Slash will become unlockable after facing him in a one-on-one guitar battle.

So there you have it folks — the battle lines have been drawn: Guitar Hero III contains Slash as an avatar and Rock Band features singing, drumming, and guitar playing, along with customizable avatars.

What game will you be playing this Fall? I think I’ll be playing both, thank you very much.

[Thanks to my homeboy Joe Burling for the tip. Mad love, playa.]