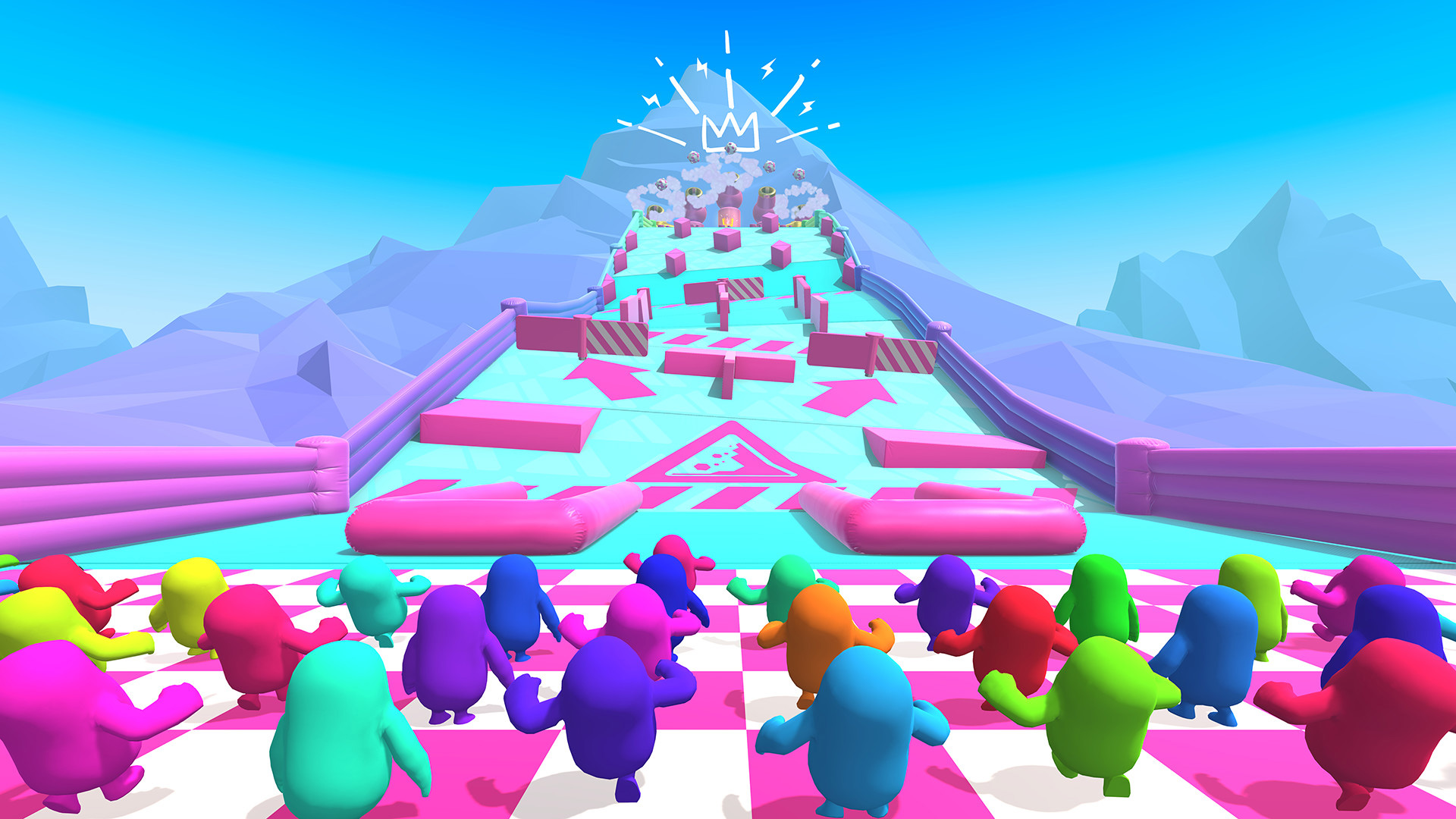 I love everything about this concept

I can already feel it. Fall Guys: Ultimate Knockout is going to be ridiculously fun while it lasts. It’s the video game equivalent of an obstacle course game show, something I wish we saw far more often.

The competition is online-enabled, so you’ll start off facing ninety-nine other players in round-based elimination challenges – some free-for-alls, some team-based – until only one blob is left standing at the bitter end. It’s also got that “silly physics mayhem” factor (see: Human: Fall Flat) going for it.

Devolver Digital and developer Mediatonic released the first in a series of behind-the-scenes videos today. Part one has a two-pronged purpose: exploring the quirky game show roots of Fall Guys, and announcing a new date. After a delay, it’s looking like a summer 2020 release on PlayStation 4 and PC.

“Our goal was to make Fall Guys the ‘greatest game show ever’ with clear inspirations from Takeshi’s Castle and the lesser-known It’s A Knockout,” said Mediatonic communications manager Haley Uyrus.

“Both game shows put their contestants in such unusual and sometimes ridiculous scenarios that any advantages obtained through skill would often be mitigated by the bizarre variables of the obstacle courses and bumbling paths of the other contestants. We want players to feel both like they are totally in control while at the same time accepting that there are forces well beyond their control that could just ruin their well-laid plans.”