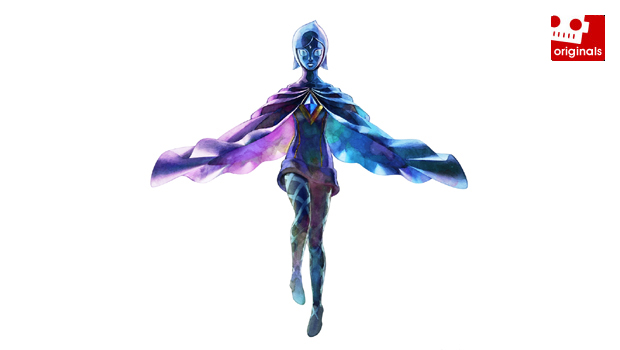 The Legend of Zelda: Skyward Sword was released today, and the game is already buzzing with controversy. Specifically, some reviewers and players are insisting that the game’s motion controls are fantastic while others are reporting that they are “clunky” and intermittently unresponsive. That’s part of the reason why I gave the game a 9.5, though I personally felt that the game’s controls were just about perfect. I thought that Nintendo was going to potentially alienate a lot of players by preventing them from playing the game with standard controls. By definition, a perfect game does not alienate fans.

I caught some flack for expressing that idea, but I’m not surprised. People have a right to be confused or even annoyed by that point, as I didn’t have the space to really flesh out my reasoning in the review. For that reason, I threw together this addendum to fully explain why it was a mistake to force motion controls on players with Skyward Sword. 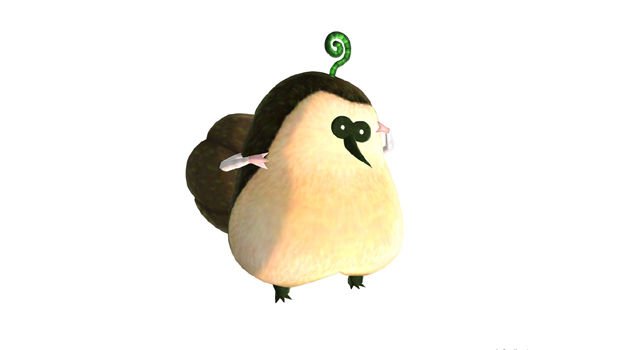 First off, it’s not a double standard to criticize Skyward Sword for having mandatory motion controls but leave games like Super Mario Galaxy 2 and Donkey Kong Country Returns out of that argument. Those two games utilize motion controls as minor parts of the experience, employed to perform actions that are not at the heart of their designs. In Skyward Sword, just about everything besides character movement and sub-screen activation are done with motion controls. They are a constant part of the Skyward Sword experience.

That said, I wouldn’t say that Skyward Sword is game that is about motion controls. It’s not like Dance Dance Revolution, Wii Fit, or Wii Sports Resort. All three of those games work like a high-tech mirror — the player does not take on the role of another character. They play as themselves, and the game reflects back how effective (or ineffective) their physical actions are at achieving the game’s particular goals. These are games about focusing on your body, not about leaving your body and being transported somewhere else. 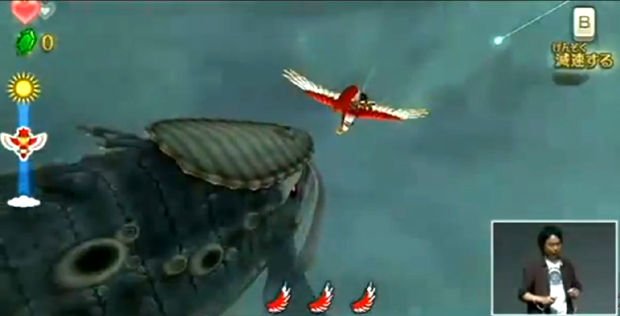 The Zelda series (Skyward Sword included) is about doing the opposite thing. It’s about leaving your room, leaving your body behind, and entering the world of Hyrule through Link as your avatar. For some, motion controls are definitely going to get in the way of that process.

Some find that motion controls make them constantly aware of their bodies in a way that button controls do not. Button and stick controls have become second nature for most “diehard” gamers. For them, button and stick controls work as the most direct and non-intrusive connection between our world and the game world. Just as they don’t have to think about moving each muscle in their body when going for a walk, they don’t even have to think about what button to press on the controller when playing a game. For these players, the standard controller truly is an extension of themselves. 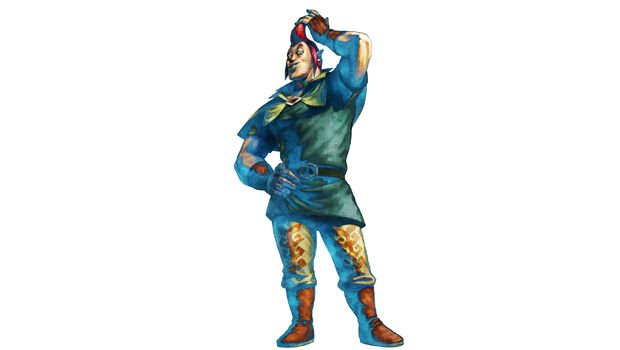 For “casual” gamers, the roles are reversed. Button controls are typically strange and disorienting to them. Twelve buttons, two analog sticks, and a D-pad are just as intimidating to them as being presented with the controls for a 747 and asked to “just fly it a round a bit.” Constantly looking down at the controller to figure out which button to press takes them right out of the game, and the frustration of not being able to just “get the game to do what they want” can be enough to turn them off  to gaming for good. Motion controls have been such a revelation to these gamers, allowing them to play games by using actions and motions that are already second nature to them in real life and destroying the barriers that once existed between them and the game world.

This brings us to Skyward Sword, a game that seems to try to have it both ways but isn’t quite willing to go the extra mile to get there. According to certain reviews, the game’s motions controls have clearly taken at least one person out of the game. Now, as the video from TheBitBlock above clearly demonstrates, to fault the game’s controls for your inability to play it properly is an inaccurate assessment. That would be like giving a bad review to a perfectly good basketball because, every time you try to get it in the hoop, it bounces off the backboard. Good reviewers would know when it’s their fault, not the game’s, for their inability to enjoy it. That’s often not true of reviews of motion-controlled games. A lot of reviewers fail to understand that if a motion-controlled game works some of the time, then that means that it would work all the time if they were playing it properly. I could go on about that topic, but I’ll save it for another time.

In addition to being able to differentiate between personal flaws and a game’s flaws, it’s also their job to speak from their heart as well as their head. Though I felt like Skyward Sword was a perfect 10, I thought that the game was too potentially alienating to be considered flawless from a design perspective. To get a 10/10, the game has to give all players everything they could possible want or expect out of a title. The forced motion controls are just enough to keep Skyward Sword from getting there. 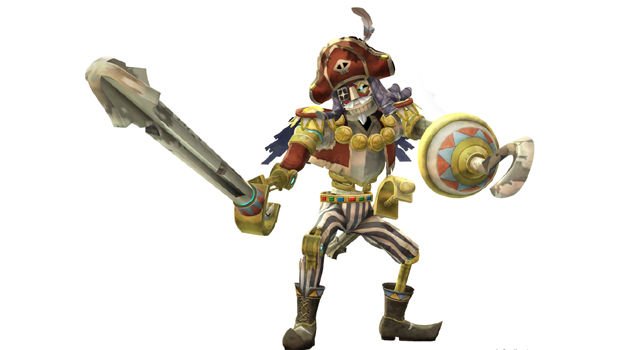 It would be one thing if it were impossible to adapt the game for standard controls, but that’s definitely not the case. Anyone who has played the Ape Escape series will tell you how the second analog stick can work to control swords, remote-controlled vehicles, and other Zelda-like items. It would be different, though not unheard of, for a game to have both classic and motion controls; the practice is becoming more and more common as gaming moves forward. Resident Evil 4: Wii Edition, Monster Hunter Tri, No More Heroes 2, Conduit 2, Punch-Out!!, Mario Kart Wii, GoldenEye 007, and many others on the Wii give us that option. The same can be said of No More Heroes: Heroes’ Paradise and Dead Space: Extraction on the PS3. Even Twilight Princess gave you the option to play with standard or motion controls. Nintendo may have required players to buy a separate game for that option, but it was still possible. Players who aren’t interested in the prospect of a motion-controlled Zelda have every right to feel disappointed that Skyward Sword doesn’t allow us to play it the way they want.

It seems even stranger that Nintendo would make this call when you consider that the Wii U is potentially less than a year from launch. The upcoming console’s main input device is basically a Wii classic controller with a touch screen. Wouldn’t it have been great to have the option to play Skyward Sword on that controller, on your own private screen without the shackles of motion controls, while the rest of the family uses the TV for other purposes? Maybe Nintendo built in the option to play the game that way, or maybe the company will release a Wii U edition later on. Either way, it’s strange that the company is moving towards making dual-analog controls and motion controls part of the core experience with the Wii U on that end, while completely abandoning the idea with Skyward Sword on the Wii. 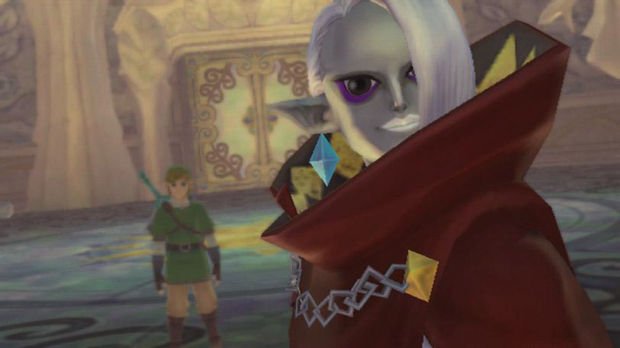 The fact that the Wii U exists says that Nintendo understands how much players appreciate being provided with control of how they experience their games. The same goes for the 3DS and its ability to turn off the 3D effect. If Nintendo ever makes a 3DS game that forces you to play with the 3D on, you can be sure that it will alienate some people. So far, that hasn’t been an issue. As excited as Nintendo may be about 3D, it still seems to understand that, if 3D is as great as it hopes, it won’t need to force us to accept it. We will gravitate to it naturally if it truly enhances the experience. 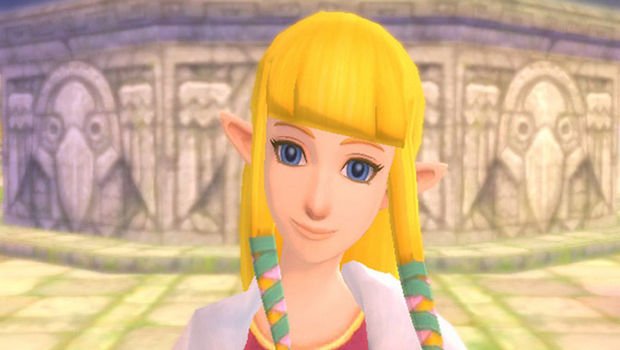 One thing’s for sure: there are a lot of people who will never be convinced if they feel like the idea of motion controls is being forced on them. If you want to get someone to willingly try something new, the last thing you should ever do is make that person feel forced. I find that’s especially true with gamers. By nature, we’re the ones who want to be in control. When developers and publishers try to take that control away from us, it usually leads to bad things. Let’s hope Nintendo keeps that in mind with their next Zelda title and that Skyward Sword doesn’t miss finding its full audience in the meantime.