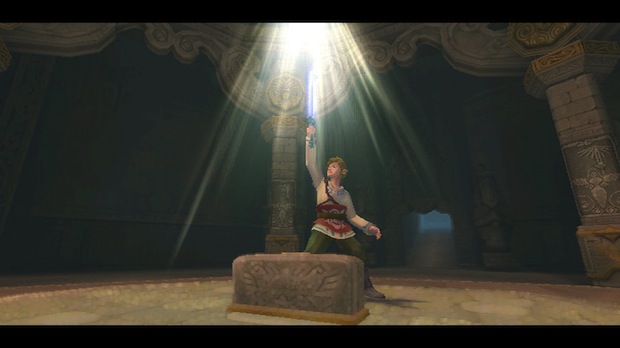 The Hylian alphabet was said to be uncrackable, but one Zelda fan figured it out anyway. Zelda Universe forum member Sarinilli found some small text in the Lanayru section of Skyward Sword and was able to use that to translate this alphabet fully. There’s even a font for it now!

She says that if you take the English alphabet and break it down into four lines of three, with two letters remaining, and then line it up with the signs with small text in Lanayru, the patterns match. How in the hell did she figure that out?!

Hats off. Sarinilli stuck in there, even after finding this discouraging message in Hyrule Historia:

Alphabet existing from the reign of the goddess Hylia. It can be seen in various locations such as in Skyloft and the pedestal of the Goddess’ Sword where it is enshrined. This ancient text can not be translated.

Related news: Speaking of Zelda and translations, the first bit of the Skyward Sword manga has been translated.