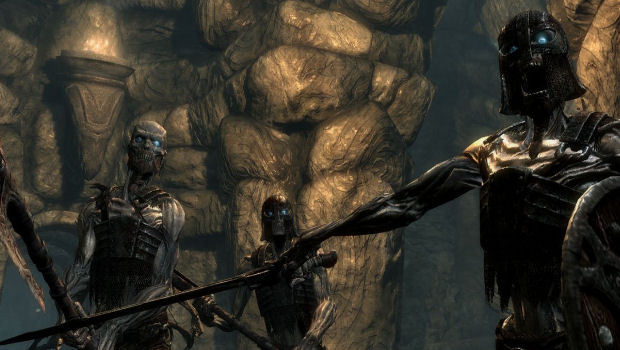 Those who enjoy panicking about hardcore games being “dumbed down” for the kids will not get what they’re looking for with The Elder Scrolls V: Skyrim, as Bethesda says it can happily make the game as intricate as it likes without fear of failure.

“We want to remove confusion, that’s what I’d say,” lead designer Todd Howard told Gamasutra. “As opposed to making it more accessible, we’d like to remove confusion for anyone who’s playing. What happens in Oblivion is you start the game, play for three hours, and then think ‘I want to start over, I chose wrong.’ So we’d like to sort of alleviate some of that. I also think the controls work better … it’s more elegant.

“You look at Call of Duty, the most popular game in the world, and that’s actually pretty hardcore. At the end of the day, it’s a hardcore game, has RPG elements in multiplayer, making classes, picking perks. I think the audiences are there, and we tend to make our game more for ourselves and other people who play a lot of games.”

Can’t say I disagree with a word Howard’s said there. There are ways of making deeper, more complex games that everybody can enjoy without having them “dumbed down,” and if Bethesda is making a system as engaging as Oblivion‘s without all the obfuscating bullshit, it has my full respect.

Interview: Todd Howard On The Scope, Vision Of Skyrim [Gamasutra]