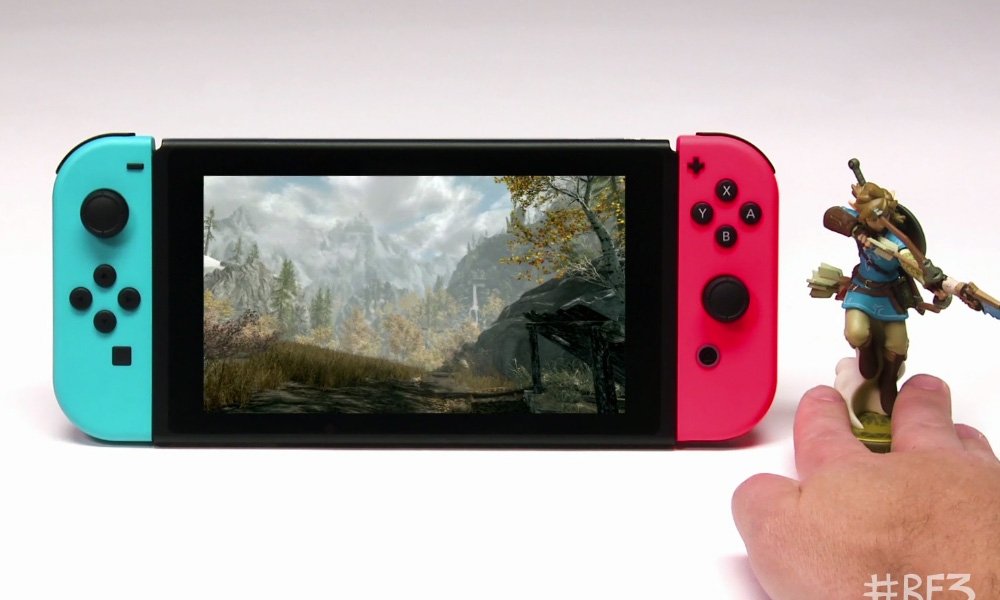 Dialog not confirmed to be limited to HYAH!

While not much was shown off of Skyrim for the Switch, Bethesda dropped a bomb shell that amiibo support will be included. While we’re not sure of the full extent of which amiibo will be supported, at least the archer Link from Breath of the Wild will unlock a costume, weapons and even a Zelda themed chest. The Switch port will also include motion controls and comes with all of the expansions for the game.

I’m not sure if I care enough about Skyrim to buy another version of it, but putting in some Nintendo themed extras is a nice way to show that Bethesda finally cares about the Big N. Hopefully we’ll learn more about whether this is the Special Edition (which included mod support) or not from the show floor.