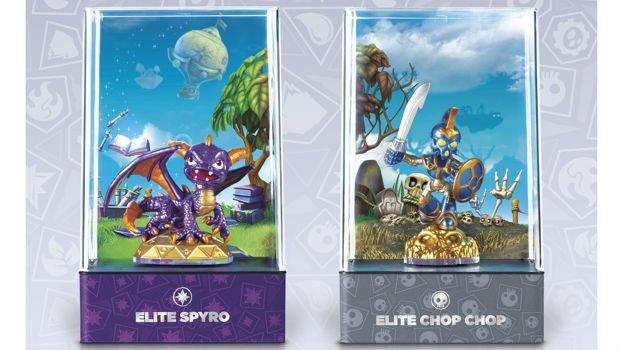 While the Skylanders figures are generally high in quality, they’re about to get even more detailed with a newly revealed “Eon’s Elite” line. Basically, eight characters are going to get the makeover (starting with Chop Chop and Spyro himself), and the figures will have a new metallic look to them, alongside of a display case.

These figures will have extra power in-game (and if the past is anything to go by, the difference is negligible and not worth getting upset over), and will be available at GameStop and EB Games later this year.