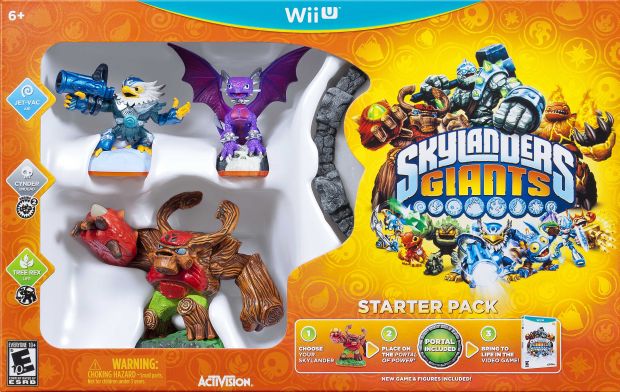 The starter pack for the Wii U will run $74.99, includes the Portal of Power adapter, and will come with the Jet-Vac, Cynder, and Tree Rex toys. Expect this pack to be out sometime this Holiday season.

Interesting that the Portal of Power is still needed for the Wii U version, seeing as how the GamePad has the same technology inside it now. Perhaps the next Skylanders game won’t need the Portal?