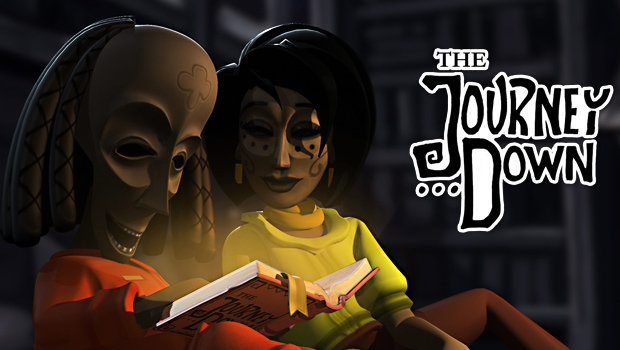 The adventure genre has been seeing a resurgence as of late through a number of indie and iOS titles. SkyGoblin has put a lot of time and effort into bringing out the full HD version of their point-and-click adventure The Journey Down: Chapter One for PC, Mac, and Linux.

The story focuses on Bwana and Kito, two gas station employees having a hard time just trying to keep the power company, let alone other creditors, off of their backs. The HD version also features redone art and animations, new puzzles, new characters, as well as voice work done for all the characters.

Featuring beautifully painted backgrounds and interesting characters, The Journey Down: Chapter One looks to be the start of a wonderful series. If you’re still on the fence though, SkyGoblin was even nice enough to give players the opportunity to try the game in it’s original, deliciously pixel-filled form for free. Those guys are so nice!